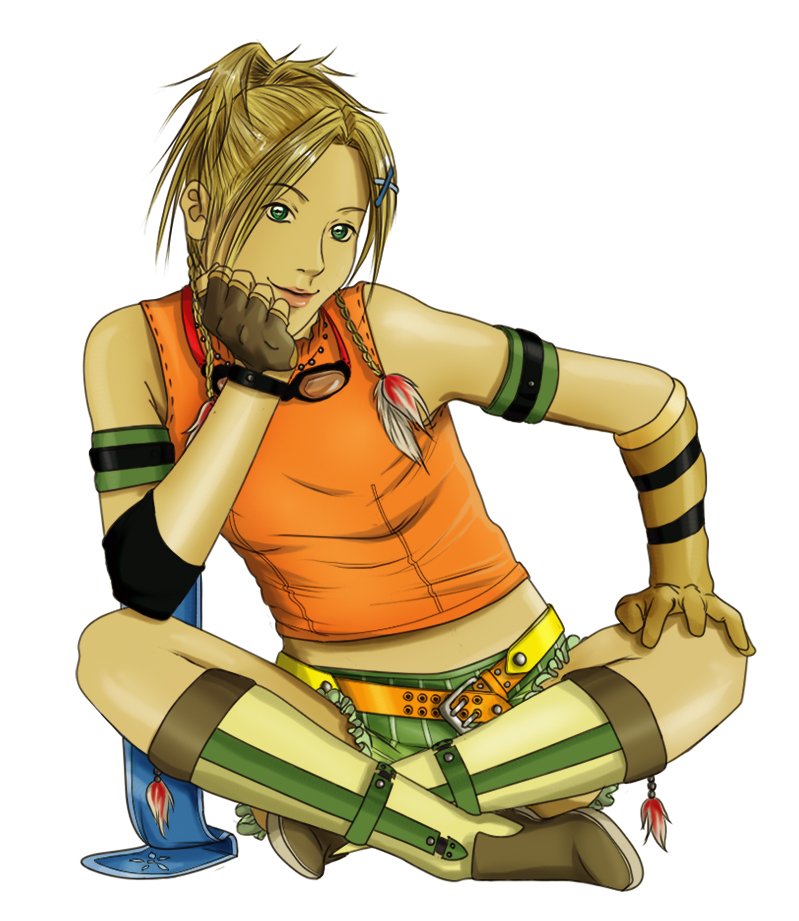 •Stands at 5'4, a thin but athletic build. Tanned skin, long blonde hair that's usually kept tied up in various ways, swirling green eyes. Clothing is usually pretty colorful, green shorts, orange shirts, and so on. Has a scar all the way around her neck that she hides with the collar of her shirts. 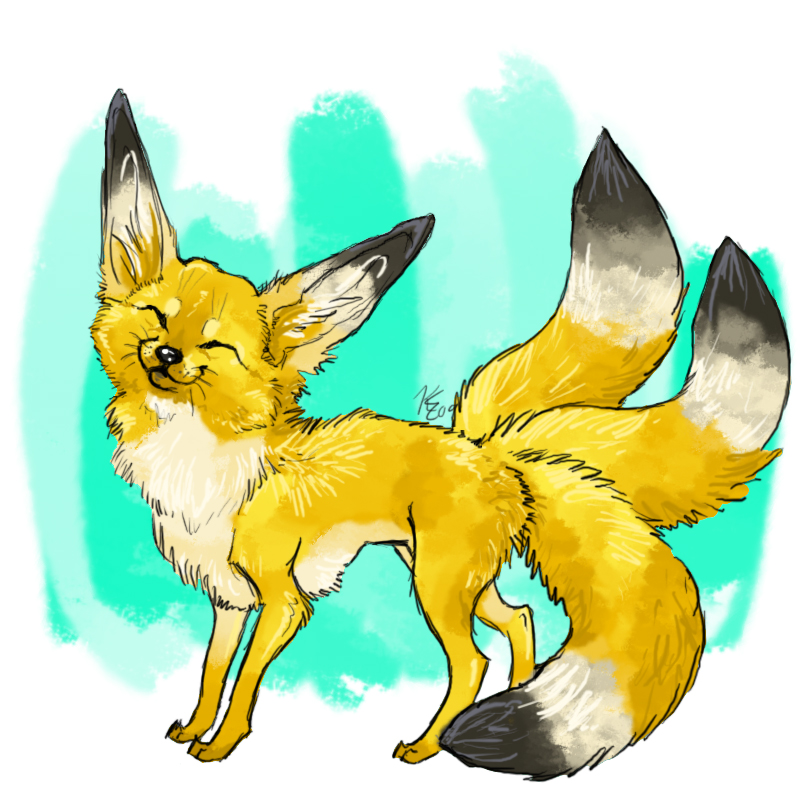 •Zadya is a bright and bubbly person, not something you'd expect from an ex-slave, she enjoys chatting and having fun. While she does have a mischievous side it always comes off as good natured, she takes part in occasional pranks and such but never to hurt as she's careful when doing it. While she's never dated she is hoping to do so, having never been able to take part in it before it's something she hopes to do. Despite her talkative nature she naturally isn't very willing to reveal information on her past as a slave, if asked q about her past she'll give vague answers in an attempt to.avoid the subject.

Active:
•Shifting: She's able to shift between their human and fox forms at will. Their fox form is able to talk as well as fox forms of communication.
•Burning Flame: She's able to create and control fire. This fire can be hot enough to burn through flesh easily enough but takes longer to get through stronger materials. She can control the fire as long as it's within seeing distance. Currently she can only create a single stream of flame at a time and cannot control fire she doesn't create. She's able to create enough fire to coat an average sized car in.
•Healing Fire: She's able to create and control and healing white flame. This fire is able to heal any injury given the injury is exposed to the fire long enough. Flesh wounds can be healed anywhere from a few seconds to a few minutes depending on the severity. Broken bones anywhere from ten minutes to an hour depending on the break. More extreme injuries can take up to a day of healing. The healing can be broken up into sessions as needed. Healing someone takes a toll on her, it's never lethal but can be quite draining especially when it's a severe injury, leaving her tired and in need of rest.

Passive:
•Animal Senses: Her sense of smell, sight and hearing are all enhanced. She can pick up scents via smell on the level of a fox, see in the dark and has hearing the level of a fox.
•Immortal Biology: She'll stop aging in her twenties and live forever if not killed. She is immune to most diseases and poisons.
•Omniligual: She can understand and speak any language.
•Fire Immunity: She is completely immune to all types of fire and the heat they create.

Weaknesses:
•Ice: As a fire elemental she has a weakness to ice and cold in general. When exposed to ice and cold temperatures her body temperature will drop twice as fast as a humans, with her movements slowing down much faster. Ice based magics damage her much easier than most, with the injuries healing twice as slow as it would with most humans, with her being unable to heal them with her healing fire.

•Zadya resides at the school dorms, living on a scholarship.

•Zadya was born a slave, in a hidden supernatural community hidden deep within Japanese forests, with the exact location changing every day. The community was large but in an odd limbo state that kept it from being discovered by humans under most circumstances. Within this community kitsunes were low level servents, bound to their masters, forced to wear magic obedience collars.
•Zadya grew up a troublemaker, often beaten for causing trouble or at times for simply not doing things fast enough to satisfy those above her.
•Conflict among the various masters in the community was common, these small wars usually being brief but they often decided who'd have power.
•Eventually Zadya's master ended up in such a conflict, during which he was killed, taking advantage of this she tried to flee the community. Usually runaways never made it far, but she got lucky, a scout eventually found her and brought her to the island.
•The collar was removed, but doing so left her neck with scars, she's been on Manta Carlos for a year now.

•Human image is Rikku by walktothewater.
•Fox image is a keaton by CorvidaeArt.
Last edited: Apr 29, 2019

Reputation: Known to be friendly and a little mischievous.

Misc Information: Human icon is Rikku by Emeraldus. Fox icon is a keaton by CorvidaeArt.
You must log in or register to reply here.
Share:
Link