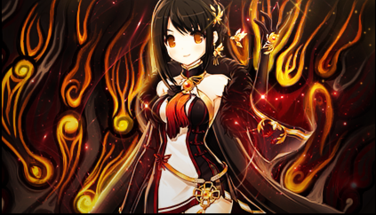 Upon the revelation, Raella gaped at the photo and let out a soft squeal of excitement. "It's absolutely amazing, no need to apologize darling!" Being somewhat of an artist and florist herself, she understood the importance of encouragement and hoped her words would place the other in a position of comfort.

Staring at the photograph, she noted that while the edges were slightly blurred out, it was unmistakably a hydrangea - in fact, she had grown a few in her own room. Next thing she noticed was the vibrant shades adorning the film. Vibrant streaks of lilac contrasted against the backdrop of pale green leaves, creating a beauty unique to this picture itself. Speaking once more, Raella shifted her gaze from the photo to Lavender. "I honestly think it's beautiful that you've managed to capture the way these colours enhance each other. Actually, I own quite a few flowers back at my dorm, would you like to see some photos of them? Also, do you happen to have more pictures?"

Lavender was excited for 2 reasons:

-"Darling". She has heard that word after a long time.
-Flowers! She's kinda obsessed with them.

And... more photos? Yeah! She probably should have more photos in her bag:
-The 1st try; Lavender's finger is being shown alongside with some lilacs.
-The 2nd try; a photo of yellow tulips. Lavender couldn't set the angle, though.
-The 4th try; a photo of a daisy. Despite that the Gaussian blur was set a little wrong; it's Lavender's favorite.

Lavender takes all these photos and shows them to Raella while saying:

"Oh, thank you! And sure, I'd like to see your photos. Maybe it may inspire me for my following works."

Her eyes were shining from excitement and encouragement. I wonder how the 5th try will look like? she wonders.
Lavender is saying "Hi" to you!

Raella had realized before but this had definitely reinforced her realization - Lavender was absolutely precious. Raella watched as the other retrieved even more photos from her bag, all of equal vibrancy and quality. While she did admit it fell short of those professionally taken photographs, this was far better than what she'd expect from a beginner, especially so when taking into consideration the other's young age as well.

Yellow, violet and white; the photos ranged from all sorts of flowers and hues, surprising Raella with their diversity. The demon's lips parted ever so slightly as she gaped at the photos presented to her. "Lavander these are stunning! Were these photos taken at starlight academy?"

A genuine smile adorned her face as she quickly fished out her phone and keyed in the access code. A significant part of Raella's pride and joy resided in the plants she grew. She even would go as far as to regard them as her own family. Though her photo album was cluttered with numerous photos of plants, she immediately zoomed into a picture of a lone flower - a single lisianthus.

The petals of the flower were whiter than the first snow of winter and emitted luminescent-like radiance. The stem, though befouled with a few crooks, was otherwise elegant and tinted in a deep shade of emerald. As Raella spoke again, there was a hint of melancholy and nostalgia laced into her words.

"Where I came from, these flowers used to grow nearby. Their beauty was what inspired me to pick up gardening." Chipping up, she then continued in a much lighter tone of voice. "Guess you could say that's why lisianthus is my favourite flower. It exhibits the beauty of a rose but it's a much more rare flower and unknown to many - that's what I love most about this flower!"

Lavender listened Raella carefully, as she talked about the Lisianthus, mouth a little open. The eye-pleasing colors of the flower -emerald green and white- sure was adding depth into the photo, making it look 10 times professional, according to Lavender.

Were these photos taken at starlight academy?

"Yes and no, the 1st and 2nd were taken at my home in the Narrow Reality, while the 3rd and 4th were taken here, at the academy." she says softly.

"And oh boy, these photos are so precious!"
Lavender is saying "Hi" to you!

Raella felt extremely honoured that her picture seemed to have captured the other's attention and was even more grateful for the opportunity to share these pictures with someone. A light blush adorned her cheeks upon hearing Lavender praise her photos; it wasn't every day she could joyfully talk about flowers like this.

The second she heard that the last two photos were taken at starlight academy, Raella had to lightly bite down her tongue to prevent an onslaught of questions as to where and when the picture was taken. Instead, she settled on enquiring about the first two photos for now.

"It's truly fascinating to have such a variety of flowers near your home! Were these two the only flowers there or did you live near a meadow of some sort?"

Let it be known here that Raella is an absolute sucker for flower meadows. She had often stayed up conjuring illusions of what she'd imagine meadows to look like since she'd never been to one herself.

Were these two the only flowers there or did you live near a meadow of some sort?

Interesting question. She wasn't living near a meadow, but she grows plenty of flowers in her garden.

"These are just 2 flowers that is in the garden, I grow more types of flowers than 2. I don't remember the exact number, though. And I wish I could live closer to a meadow, but I couldn't" Lavender says, a little slowly.

Lavender noticed the blush on the older's face, which is a sign of pride or nervousness.
Lavender is saying "Hi" to you!

It seemed the other had a garden of her own as well! Today just seemed to be increasingly more interesting. Raella definitely sympathised with the fact that Lavender wanted to live closer to a meadow as for the most part, she herself wanted to reside near a flower meadow as well.

From florist to florist, Raella briefly thought of inviting Lavender to her own garden back at the dorms. Ehh, why not. Stepping back, she then addressed the other in a slightly more formal but equally friendly fashion.

“Would you like to come see my garden? It’s just over at the dorms and we could discuss the types of plants we grow along the way. That is... if you’re free right now.” After all, the last thing Raella wanted to do is intrude on the young girl’s schedule.

"Oh, sorry! Maybe after class!" Lavender says. Even her eyes say sorry. She would want to see it now, but academics come first.

She writes down this to her notebook, just in case she forgets.

"Uh... Has the class started yet?" Lavender says, a little afraid. She'd like to spend more time with the other one. Hold on, she forgot to ask something:

"By the way, can we be friends?"
Lavender is saying "Hi" to you!

Oh, of course Lavender would have class now, why else would the girl be here. Raella had been so caught up in their conversation that the very concept of classes completely slipped her mind. Letting out a sheepish laugh, Raella then spoke:

“Silly me, I forgot you had classes, I hope I didn't keep you occupied for too long!”

By the way, can we be friends?

That statement definitely did wonders to warm Raella’s heart as her lips slowly curled into a smile once more. In the sweetest voice she could muster, she then replied “most definitely! Anyway, I’ll be off as well, hope to see you around soon Lavender!”