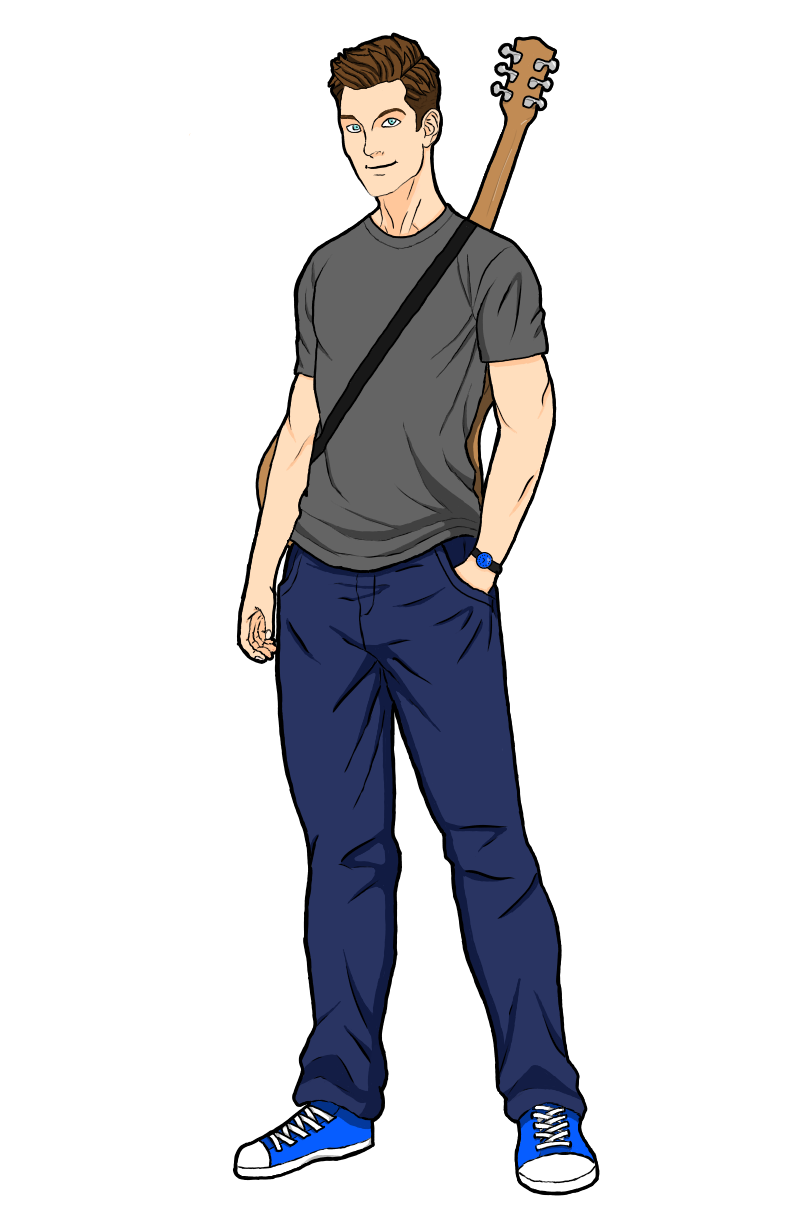 18 | Male | Werewolf | Homosexual
Part-time Serving Staff | Single​
Most people will know Jake or at least know of him. He is quite often out and about and talks to just about everyone he comes across, making sure that he is friendly as he cares a lot about what people think of him. People may know him as a member of the Misfits pack and heard about the time he lashed out at another student when he was outed as gay. He also works part time in the House of Volkov restaurant. 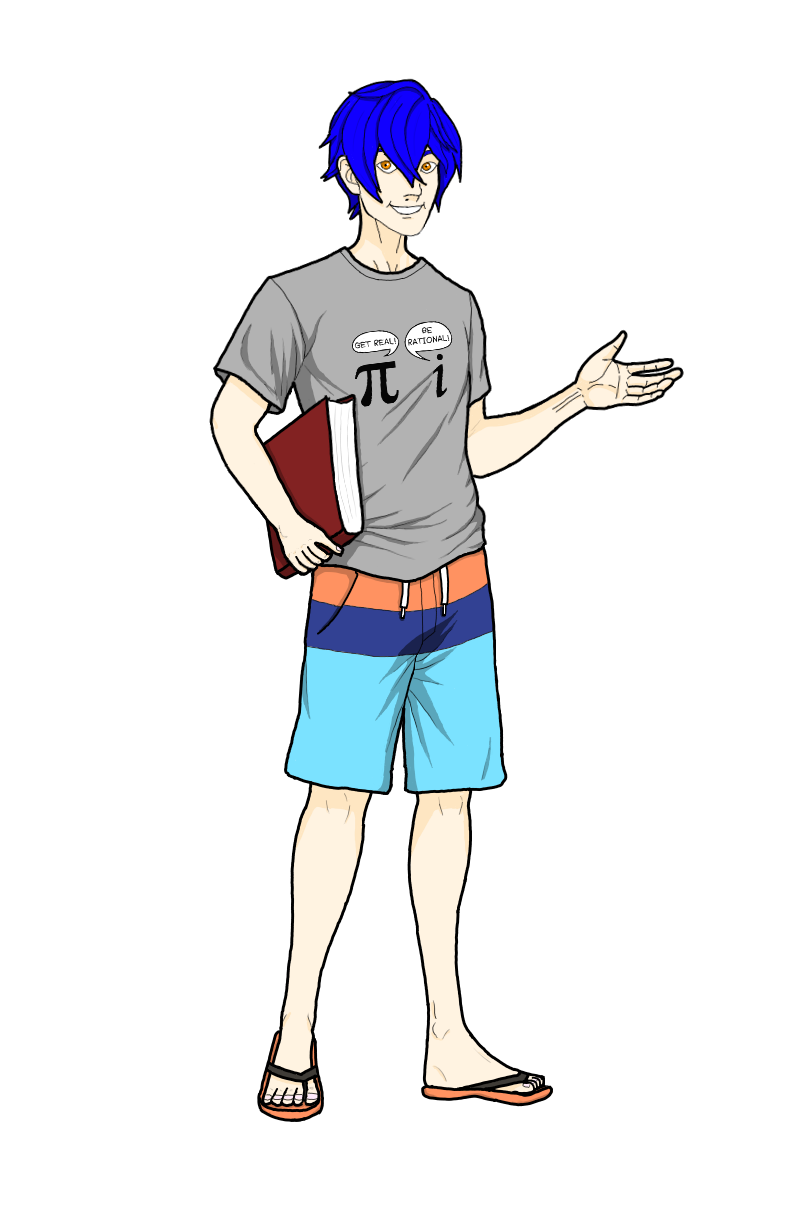 16 | Male | Dragon | Undecided
Student | Single​
Though Hal is new to the island, he will be known as a member of the Rukt'In clan. People at school would probably know that he is a teacher's pet and is passing all of his classes. Some members of his clan do not approve of his mixed genealogy but those who talk to him know that he is a very friendly and compassionate person. 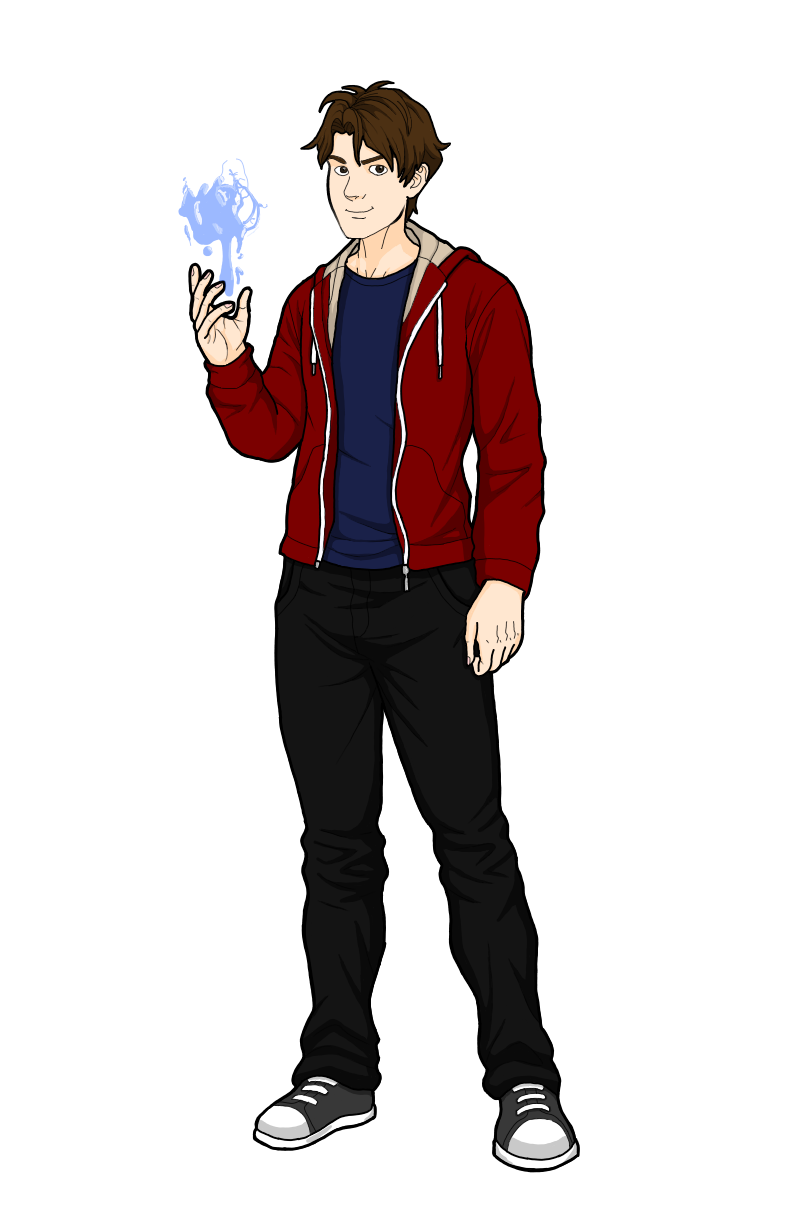 16 | Male | Human | Undecided
Student | Single​
Corey has only just come to the island and will not be known by many. Some may have heard that he tried to fight off a scout but most people won't know a thing about him. He is a gentle and caring person to talk to but too much conversation shouldn't be expected of him.

People may have seen her around the academy but Amelia doesn't have much of a reputation. Her artwork may have been purchased by some people and they may know of her through her boyfriend, Orion. She is probably known as the friendly but quiet girl who is always seen sketching.

Boyfriend: Orion
Friends: Desperate need of people to hang out with.
Ignatius Draconia
He is a dragonborn who stumbled upon a tear in space, stumbling into our world. Often being known as 'Drake', he is very polite and understanding, with a passion for baking. His wings allow him to fly and he can also breathe blue fire which is a lot hotter than your average flame.

N/A
Girlfriend?: Is all alone in an alien world.
Friend: 1-2 people to talk to.

Tirrana Martínez
A shy and slightly naive girl who is conjoined with her sister. The two share the same body but have separate heads. They have the ability to transform into a two-headed dragon (her half is white whilst her sister's is black). In her dragon form, she can fly and blast water from her mouth.

Conjoined sister: Seraphina Martínez
Friends: Has no friends because she doesn't really like talking to people.
Boyfriend: Someone to make her have more confidence in herself.
Evelynn Langdon
She is an inquisitive and serious 9 year old who is the daughter of a mage and a fae, who enjoys her own company and likes to read. She inherited pyrokinesis and a longer life longevity from her father and telekinesis from her mother.

Father: Rowan Langdon
Best friend: Someone she can talk to, probably a loner like her.
Lux
??? (Appears 25) | Male | Being of Light | Pansexual
Does Odd Jobs for People | Single

Lux doesn't really get out and about that often since he spends his time learning about the world he now lives in. As a result, little would be known of him. Some may have seen him fall in his pod from the sky but would not know that it was him. He is starting to become more sociable and his mischievous pet, Leora, may have a reputation.

Wanting to be left alone, most people won't have had a conversation with Honua or if they have, it probably wasn't a pleasant one. She may be known for being not very nice to people and for being excellent at martial arts. Honua is always on her own.

Roommate: William Seriks
Sparring partner: Someone who can keep up with her in a fight and maybe develop into something more down the line???
Younger sibling figure: Maybe someone that is in need and she feels she needs to help (she won't like it though).
Aeron Nightwing
15 | Male | Elf | Demisexual
Student | Ship Planned

Aeron is probably known as the shy kid who wanders around with a giant wolf. It may be known that he often runs away from the academy to live in the forest and people may think that he is quite strange as he doesn't know an awful lot about life outside of the woodlands.

Companion: Fenrir
Authority figure: Someone to teach him about society and probably try to stop him from running away to the forest.
Friends: It would be nice if he had someone else to talk to, other than his warg.
Family: Maybe someone who could take him under their wing and adopt him?
Ethan Williams
21 | Male | Human | Heterosexual
Student / Artefact Shop Apprentice | Single

Some may have seen Ethan go a bit wild on a night out as he likes to party hard. He talks to everyone and may have been seen in Darkheart Artefacts. However, he mainly watches from the sidelines so he won't be known for a lot other than if someone has had a conversation with him.

Employer: Xavier Desouk III
Friends: A group of people that he gets on with and enjoys their company.
Love interest: Occasionally, he can be flirty but he wouldn't rush into anything.
Mentor: Someone to teach him sorcery.
Abiela "Abby"
228 (Appears 18) | Female | Angel | Heterosexual
Unemployed | Single

As Abby is new to the island, she doesn't have much of a reputation yet. She is somewhat pleasant to have a conversation with and is often out in the city, a spliff in her hand.

N/A
Boyfriend: Someone who can keep up with her and enjoys letting go whilst not being expected to be mutually exclusive.
Friends: People she socialises with, though she may not care much for them under the surface.
Mia Undine
A very promiscuous teenager who craves popularity. She is very arrogant and self centred, but she is like this due to a lack of love from her father. If her legs get wet, they transform into a tail as she is a merperson, so she can swim at speeds of 61mph and communicate with sea life. She has an alluring aura so any men, no matter their sexuality, feel attracted to her and her teal hair changes colour depending on her emotions.

N/A
One night stands: Likes to sleep around.
Boyfriend?: Doesn't really want to be tied down but maybe if he was handsome/rich/popular enough and still let her sleep around.
Friends: Likes to be surrounded by lots of friends - well, if they are popular. Probably girls as she will try and sleep with any boys.
Alec Zurlo
Alec is a seemingly calm guy that has a sadistic side to him when he gets angry and is obsessed with wanting to become more than human. He doesn't realise that he actually has the ability to resurrect himself from any cause of death as well as being immortal.