Private So We Meet Again 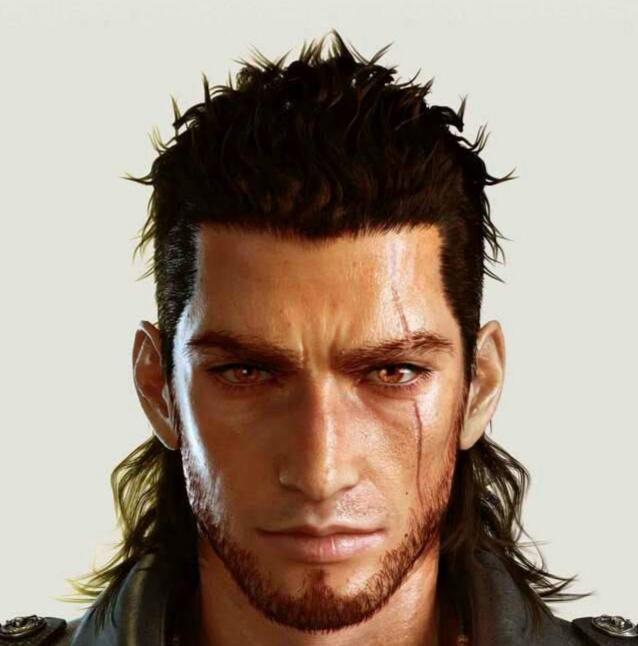 He'd sip his beer, the people around him having various conversations. The former deity still wasn't really sure what to think of the this island, let alone of the new era. So many changes, so many things to adapt to, a lot to take in.

Aethedon would finish his first beer, moving onto his second. As he went in for a sip he'd pick up a familiar scent, one that he hadn't picked up in a long time. "Dread?" he'd ask without even turning, taking a drink of his beer.

"Been a long time," in fact he'd assumed she was dead. He'd turn to look at her, his eyes curious. "I had been wondering if any of the others would find their way here." @Pallas

This age better suited the old Dragoon, no dealing with... primitives whom banged rocks together and with nothing but superstitions in heads. If only that had crash landed some 10,000 or so years later they would have been able find their way off this verdant rock. But while this island provided them with the means of escape and perhaps contact their long lost comrades, there was still some unfinished business.

First order of said business: investigate the island. They traveled across many stars and visited many earths but this existence of supernatural refuge was an... anomalous occurrence. Not entirely unique but still noteworthy enough for them to conduct an investigation to evaluate the draconic incursion in this realm. Even but a cursory look was enough to confirm their worst fears: humans and dragons freely mingling. It disgusted them... how so effective the dragons in this realm managed to trick the poor souls into them as companions and as equals. The sooner this blemish is rid of the better but for now they need to evaluate the extent of the threat this island posed... which would so happen to bring them to this decrepit bar.

Second order business, confirm the presence of the so called "kaiju" whom tried to rule over mankind and calling themselves gods just like the dragons of their own earth had. It was hard not to ignore the comparison and in her eyes viewed them with same contempt as the dragonkin. As a familiar voice called out to her, it would soon confirm her suspicions concerning the kaiju presence.

"Aethedon." coldly stated Dread, glaring daggers as she looked down upon him from her greater height.

"It has been over 10,000 years." coolly stated the dragoon, before she then reached out with clawed hand to try wrap around Aethedon's neck.

"You gutted my belly and left me to perish at the bottom of the ocean. For ten millenniums I was trapped under its weight, spending every waking moment in darkness and muck as I relive that memory of my defeat over... and over again. And here you DARE address me as though I were some... long lost acquaintance from schoolyard days?" boomed Dread with reserved anger.
Characters List:

He'd snort, sipping his beer. "You more or less are," he'd tell her. "May I remind you that you started that fight....in fact you started pretty much all our fights," another sip of his beer. "As for your time in the ocean......well, I'd hoped you'd woken up with a clearer head," clearly he was wrong.

Already the bouncers were eyeing her and whispering to each other. "Unless you want to get thrown out.....or worse, I recall you get your hands off me." He'd finish his second beer.

Aethedon would order another beer. "Sit down, have a beer, you're hardly the only one who's a bit lost after a long slumber." There'd been warning in his voice, but he was quite calm, he usually was.
Last edited: Feb 17, 2021

Like the teeth of bear trap bring pulled back, the claws release their hold on Aethedon's neck. Clenching her fists, she begrudgingly takes a seat next to her nemesis. Dread glanced over to one of the wary bouncer and acknowledge him with curt nod. The bouncer's soon relaxed but still kept an eye on both of them still.

"Consider yourself fortunate that destroying you once and for all is not my current priority." gruffed Dread as they order a order a beer from the bar "Statistically, the probability of finding you here was so unlikely that was within 5 standard deviation and yet here sits the self proclaimed king of kaiju. It begs the question why it is you are now hear for this unlikely circumstance to occur."
Characters List:

He'd chuckle. "I don't know,going a few rounds for old times sake sounds kinda fun," he'd say, taking a sip of his beer. "Statistics?" he'd snort, "stop with statistics and use sense for once," anosip from his drink.

"This island is more or less the capital of the supernatural world," he'd say, looking at her. "It draws beings here, so if you were going to run into me then this would be the place," he'd finish that drink.

"As for why I'm here," he'd shrug, "I live here now, this place is my home." He'd look at her. "I'm guessing you're settling down here too?" he'd ask, "unless you have more interesting properties?"

"No. To me this is but a temporary accommodation for an undetermined length of time. Just as the day I first crashed upon your miserable planet. How long I shall remain is at this time uncertain: a few days, several years, or even another millennium I will stay if required. Yet home this place is not home nor will it ever be one."

As the bartender slides over her beer, she catches the bottle between two fingers. They spun around to take a good look at the label and look rather annoyed by it.

"You mentioned you were nostalgic for old days where we do battle? Well... know that I will always relish the opportunity to destroy you once and for all... no matter how many times you seem to come back." plainly stated the dragoon, twisting the beer open and chugged it's contents.
Characters List:

"Temporary huh?" he'd chuckle, "and where do you intend to go?" He was curious about what his old rival intended to do. "Going to hop dimensions again? Find a different Earth to poke at?" that seemed like the most likely option given the Earth Manta Carlos was connected to was off limits.

He'd sip his beer. "What's wrong?" he'd raise at eyebrow at her displeasure at the label. "The company owned by a dragon or something?" which was possible, given dragons tended to gather wealth.

"Oh?" he'd chuckle and lean back. "Well fighting is allowed on island as long as we don't damage anything," he'd say, "we could always have a little tussle." He'd finish his beer. "I enjoyed our fights....even if you kinda treated your followers like garbage," he'd say, a bit of disappointment in his voice.

"Trying to recalled if I've had this brand before. Thinking that far back is... muddled. I'm sure it taste of piss but I wouldn't be able to tell honestly." commented Dread

"I intend to make contact and return with my kind. From there I will relay what I have learned and will return to this very place cleanse it of it's filth. Filth such as yourself. It may take centuries or another couple of millennium before their arrival. Maybe even millions years depending on where they are but arrive they eventually will." scoffed Dread after they place the empty glass bottle on the counter "As though you treated your followers any different. Though if you are looking battle you know well that I welcome conflict."

"Prehaps… I will gut open your belly and leave you to rot at the bottom of the ocean so that you ruminate on your defeat for the next 10,000 years. Wouldn't that be... poetic."
Characters List:

He'd chuckle. "Try one of the exotic brands, they have some from other planets and realms." There was certainly a greater variety of food in the modern era. "Might find something you like."

Her next comment would make him laugh a bit. "Well, good luck at that, with the sheer number of powerful beings here you're not gonna make much head way," he'd say with another snicker.

"You mean, protecting them? Keeping peace? Outlawing human sacrifices?" he'd snort. "Unlike you my people weren't playthings to me, I was fond of them."

Dread would narrow their gaze at Aethedon, responding only with a low growl. Though they kept a calm demeanor, they felt an anger brew the provocative comment the kaiju insinuated.

"I don't want you in bed... I want you at least 6 feet under the dirt and stay put." gruffed the old Dragoon as they pushed aside their empty drink. They then rise from their seat and toss a couple of paper bills for the barkeep to take.

"Keep the change. I've learned I all needed here and have no further use conversing with you Aethedon. Your end will come in due time but if you wish to make it sooner I will gladly oblige."
Characters List:

Marluxa: The blind cat-like acid alien who just sits there in the corner eating plastic wrappers
You must log in or register to reply here.
Share:
Link