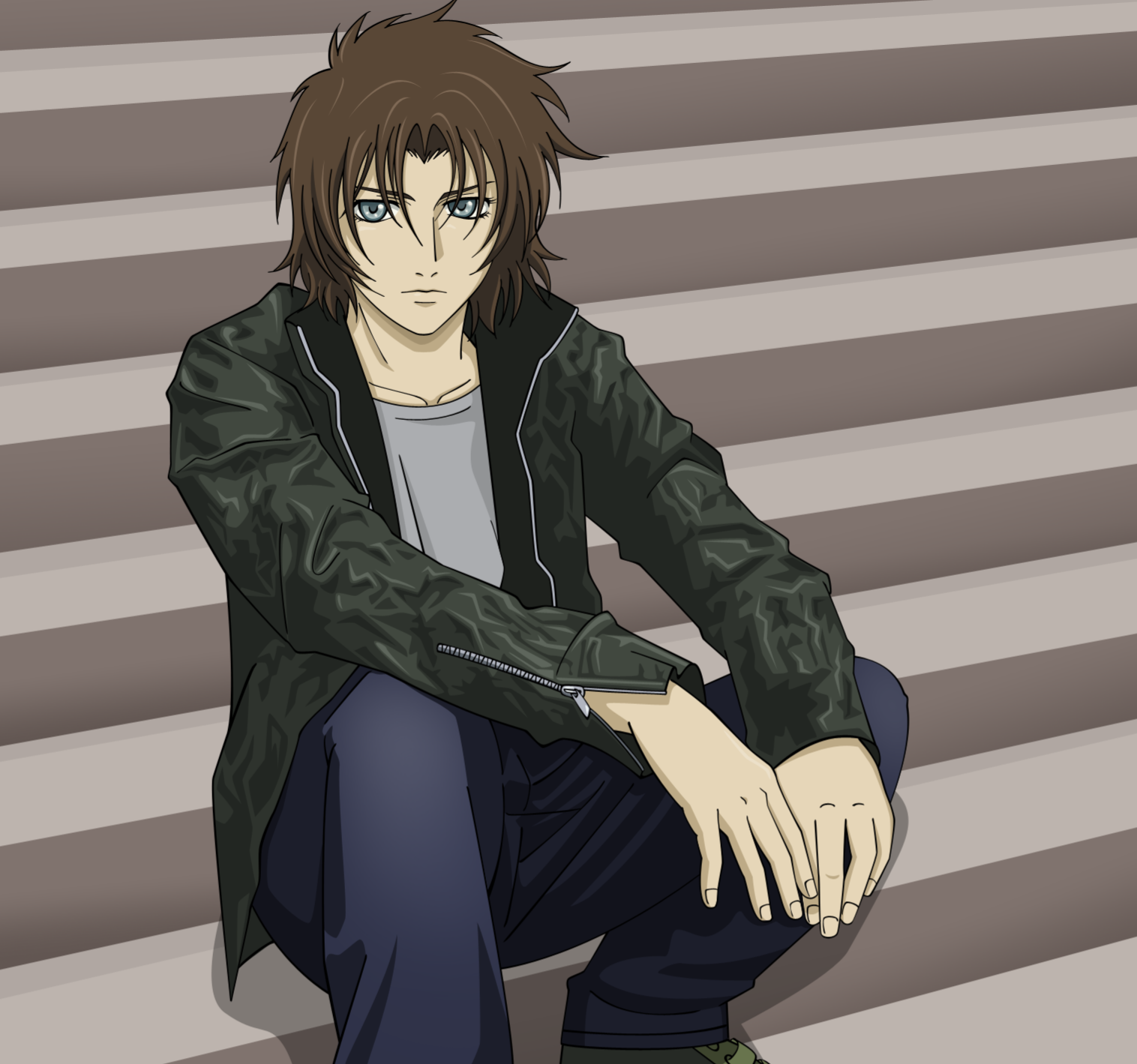 He couldn't help but laugh at her reaction. "Finnnnne....you have amazing tits and an amazing ass," he'd snicker and finish his drink, motioning for yet another refill. "Nice having a hot and smart girl to hang out with."

The demigod would tilt his head. "Surely not that many humans get to Valhalla anymore," he'd say with a snort, "I'm half Asgardian, so that's why you picked me up, but most humans don't even believe in us anymore."

Hakon would take a big gulp of his drink. "Besides, surely Odin has enough help, it's not like a lot of you guys retire or anything like that, being immortal and all that." Another big gulp. "I'm not saying quit and go awol, but you should have some fun while we're here."

Sylvi rolled her eyes. "Regardless. It still happens, I could still be called away at a moments notice to guide a soul to Valhalla. I have to be prepared." She huffed. "And I do not believe I have to remind you who my father is. I have a name to uphold."

She took another small sip of her beer, frowning. "I have plenty of fun. I simply do not cause mischief while I do. Something you could learn from."
Cleo

"Yes, yes, yes," he'd say with a sigh. "Daughter of Thor, granddaughter of Odin and all that." He'd huff, downing more of his drink. "Well....I'll be here whenever you get back from your little trips," another gulp of his drink.

"I don't always cause mischief, like right now, I'm not causing any," he'd finish his drink. "Usually the mischief just happens and I have to deal with it," he didn't call for another drink.

"You just assume I cause mischief," he'd stretch a bit, "I'll have you know that I'm usually very well behaved."

Sylvi frowned and shook her head. "My presence on Manta Carlos is a 'little trip.' Preforming my divine duty is not." She answered indignantly at Hakon's seeming dismissal of her duty. Not everyone could afford to be as carefree as him.

She opened her mouth to retort to Hakons claim that he wasn't causing mischief, but quickly closed it. As much as she hated to admit it he had a point. "Hmph, so you say." She muttered, crossing her arms before raising an eyebrow when he didn't order another drink.

"I would say that you have certainly had more than the one beer I agreed to." Sylvi said, "But nevertheless, I take it you are now satisfied?"
Cleo

He'd groan. "Yes, I know, I know," he'd spin his glass on the table, "you forget I was one of the souls you collected, so as someone who's died and been collected, I know how important it is."

"What?" he'd ask when she raised her eyebrow. "I'm behaving, what do you think I could possibly be up to?" she'd notice that he didn't at all seem affected by the alcohol he'd been drinking.

The demigod would hum in thought. "Satisfied for now," he'd stand and stretch. "Thank you," he'd say, with a smile, fishing out some money and handing it to the bartender. "Been a while since I've just talked to a friend."
Last edited: Dec 12, 2020

Sylvi just stared at Hakon when he got up, seemingly completely fine after drinking 4 beers in rapid secession. "Are you certain that you are alright? You had several drinks, perhaps it would be best to rest for a while." Sylvi said, paying for her drinks.

She froze when Hakon called her a friend. That was unexpected, especially with the way they had been arguing. "Hmpf. While we may not have seen eye to eye, so to speak, I did enjoy our little conversation. You were most.. insightful."

She took a moment to stretch. "Now then, I believe a little exercise is in order. What would you say to a sparring match, Hakon?" In Valhalla, drinking and fighting went almost hand in hand, so it should have came as little surprise Sylvi would have wanted to fight after they were done drinking.
Cleo

He didn't answer when asked if he was ok after drinking so much, he'd just smirk mischievously. "Yeah, and your fun to talk to," he'd say with a chuckle, heading towards the exit. "Our little debates are fun," plus they gave him more moments to playfully poke at her.

The demigod would chuckle when s hgv e asked about sparring. "Sure that sounds fun, what do I get if I win?" he'd open the door, stepping out onto the platform, looking down at the city below.

Hakon would shift into his raven form, his wings lifting him up. "Wanna head to one of the school training rooms? Or just find a place in the forest or something?"
Last edited: Dec 17, 2020

Sylvi thought for a moment. "Well, when I win, you have to admit that I was right, and buy me a spear." She said, confident that she wouldn't lose to Hakon. And she did need a new spear for training.

Lifting off the ground with her wings, she thought over where to go. The forest was certainly an interesting choice, a large, open space where they could go all out. Yet it was also isolated, and if that could prove to be a problem if either of them got hurt.

"The school. That certainly seems like the safer option, no?"
Cleo

"Wooooow....just gonna assume you're gonna win huh?" he'd say with a laugh. "So confident," he'd fly beside her, "IF you win I'll get you a spear." He wouldn't refuse to pay a debt.

"Buuuuuut....if I win...," he'd look at her a moment, humming in thought a little. "How about I get a kiss?" he'd be smirking if he had lips at the moment, a beak didn't really allow it.

"Of course I'm going to win." Sylvi huffed. "Unlike you, I have had years of training as a Valkyrie, and I'm the daughter of Thor. I could best you with my eyes closed." She said, supremely confident in her own abilities.

Sylvi froze mid air when Hakon stated what he wanted. "You.. would want me to WHAT?" She yelled in shock. "What if instead of.. that. I agree to take you to a club. My treat. Provided you somehow win." She said, giving a small shudder. While she didn't have any plans to lose, and she certainly didn't want to go to a club, it seemed the lesser of two evils. And she wouldn't be able to fight with a clear mind with kissing Hakon hanging over her head.
Cleo