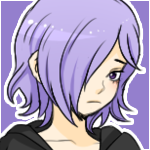 Name: May
Age: 8, in human years
Gender: Female
Species: Mythical Regalia
Grade: A student back in the Regalia Home Dimension


Description: An adorable young girl. She goes out of her way to hide the eyes on the right side of her face with her hair. Seriously, don't ask about them.

Misc Information: Regalia of the Ascending God. Pacted (and bonded) with Jackal during the Game of Divine Rights. She behaves like a (slightly annoying) little sister.

Adoption Status: If you want to, you can! Just let me know. I don't have any plots in mind for her. 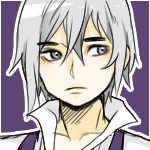 
Description: Wolfgang looks cold. Not just because he looks like an ice elemental, but also because he rarely shows much emotion. He's stoic, but he's also just firm looking at all times. His halo is a shattered looking silver that appears around his neck.

Abilities Summary: Wolfgang has enhanced senses. All the enhanced senses. These include the normal ones (hearing, sight, smell), but also the more unusual ones (taste and touch). Standard Regalia abilities.

Reputation: Generally has a reputation for being pretty cold. Recently enrolled at Starlight. Friendly with Jude.

Misc Information: Regalia of the Gentle Hand. Pacted (and bonded) with Jude during the Game of Divine Rights. A good friend of Jude's, and they've warmed up to each other.

NPC Status: Just me. If you're interested in knowing him, please let me know!

Adoption Status: If you want to, you can! Just let me know. 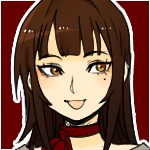 Description: A stylish young woman of average height. Cori is generally upbeat and optimistic when she's not being annoyed to death by Evan. A playful spirit whose halos are worn as bracelets.

Misc Information: Regalia of the Extreme Omnivore. Pacted with Evan during the Game of Divine Rights, and then repacted with Straga. Thinks Evan is a spoil sport. Has a twin sister, Tori, who she's very closed to. 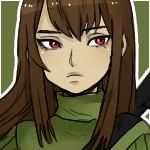 Description: An attractive young woman who'd probably get all the guys if her personality wasn't so boring. Her halos flicker into existence above each shoulder when she uses her power.

Reputation: Doesn't seem interested in anything but guns. Works at a local shooting range. Friendly with Jude.

Misc Information: Regalia of the Ignited Dust. Pacted with Jude during the Game of Divine Rights. A friend of Judes, even if all they have in common is an interest in guns. She took a job at the shooting range for extra cash.

Adoption Status: If you want to, you can! Just let me know. 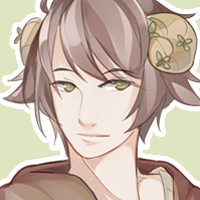 
Description: Does not look his age. Looks sixteen or so, but dresses professionally to compensate. Ram horns. Hair is sometimes mistaken for animal ears. Spanish accent. Smiles frequently.

Abilities Summary: Opposite of a fallen angel. Can sense demons and their strength. Cannot be harmed by demons or the forces of evil.

Reputation: Very well known in the school as a Rising Demon. Has spoken for the DSU a few times.

Misc Information: Catholic background, but he goes out of his way to accomodate people of all faiths. If you've been to the Interfaith chapel, you've probably at least seen him. Pretty constantly mistaken for a student, but gets a bit huffy about it. Always open to talk to people about the whole Rising Demon thing.

NPC Status: Feel free to mention Luco in your threads, or to mention knowing Luco! 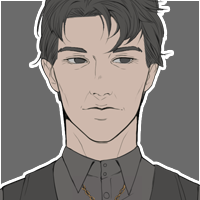 Abilities Summary: Can heal physical injuries. Is a reaper that deals with returning people to the cycle of life and death. Will respawn, can drive people who soul gaze him insane, and can do a variety of magic for the purpose of returning souls to the cycle. Can return the undead to life (with restrictions), and otherwise restore damaged souls. Can also eject the souls of those who have damaged or destroyed souls in the past.

Reputation: Advertised his services a fair bit, so fairly well known. He's returned several undead to life, and many of them talk about it. A fair amount of skepticism, obviously, but few have had actual bad experiences with him.

Misc Information: He goes by Mori. He's a Magistrate, and doesn't deal with normal reaper duties, just ensuring the cycle is intact. He's deeply offended by anyone who'd damage or destroy souls.

NPC Status: Feel free to mention Mori in your threads, or to mention knowing Mori! If you want to have done a deal with Mori, please let me know so we can hash ou the details. 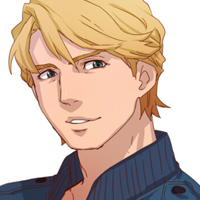 Description: 5'7", very fit, very well kept with no scars at all. An upstanding looking man... mostly. Looks pretty exhausted as of late.

Reputation: Halcyon citizens would known him as Mayor Crawford, aka the retired hero Gallant. Was super beloved by the city, and considered by many to be one of the greatest heroes the city ever produced. Some might have heard he got in an altercation with Broen and ended up in jail.

Misc Information: Went to prison. Got out.

NPC Status: Just playable by me and Kada. Feel free to have heard the general idea of what happened to him.

Adoption Status: Not up for adoption. 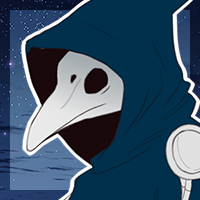 Description: 4'6". Constantly hidden under a heavy cloak and a plague doctor's mask. Missing his right arm. Constantly hunched over.

Abilities Summary: Can talk to birds. Is a bird, more or less.

Reputation: Seen around the dorms a lot. Definitely talks to birds. Unclear if they actually talk back though.

NPC Status: Only playable by me. Mention-able by any dorm kids.

Adoption Status: Not up for adoption.

Retired, and no longer actively roleplaying.​
Reactions: PixelatedGlory
You must log in or register to reply here.
Share:
Link