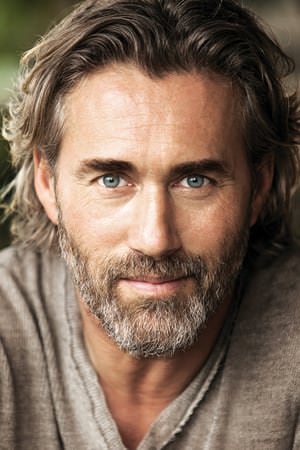 - Respectful and courteous, somewhat magnanimous even, though this can change if he senses any disrespect.

- Very protective of those he decides to care about

- Can be heartless at times and without remorse - especially if its better for the good of the family as a whole.

- Does not forgive easily

Rafael can be kind, and understanding. He cares a lot for Zoraida – if he had to choose between Zora and Tomas, he’d most likely choose Zora.

He is also indulgent with Celeste, his daughter. He truly cares for her – and has made sure she’s looked after.


Rafael is a spell caster. He can cast magic using gestures, incantations, commands or spells or runes. Most magic will not affect him negatively, although once a spell is cast, it cannot be reused right away.

Time recasting varies on the type of spell. A simple levitating of an object may take a minute or two, but a fireball or magic barrier might take a full hour before it can be used again.

Rafael is from a long line of druids – who used to commune with nature and live among the forests – or nature - as that is where they got their magical energy from. They can draw energy from other living beings like plants, trees, fields, rivers, oceans, mountains, etc. Some older and stronger druids can even draw energy from humans. The energy that is taken does not harm the source, it only weakens it somewhat if too much were taken.

Also, Raphael’s magic is not really related to one single elemental – as druids draw their energy from the world around them and all its living elements.

Generally Rafael, only needs a small “spark” of life energy for his magic to work. Although, the purer that energy is the better. For example, a tree in the wild has a purer cleaner source than let’s say a houseplant. Therefore, the magic done with the tree’s source would work slightly better.

For example: A levitating spell done with the aforementioned tree might levitate an object further, higher or slightly heavier than that from a houseplant.

Rafael is quite adept at using all types of magic, he can do small things such as moving a cup across the table, lighting a candle to more serious magic as fireballs, magic barriers or becoming invisible (although this is more a druid trick that allows them to blend in with their surroundings than true magic). Raphael doesn’t generally need the help of other mages/witches – unless he is doing a spell such as raising the dead, healing someone, or a brief weather change – like suddenly causing it to rain – something that requires a huge spark of energy because they are (the spell) in fact manipulating nature’s life force.

Also, any magic must be done within line’s sight. He has to be able to see the person or object that the focus is on. He can’t do magic on someone in another room for instance.

Rafael can also undo curses by other warlocks and witches. However such a powerful magic is needed to break another’s curse, it, therefore, renders his magic abilities weak or null for a day. That said, he can break a Del Bosque curse with little to no effect on him.

The breaking of a curse will go unnoticed by the caster.

Incorrect pronunciation of a spell may have negative effects (such as the spell being thrown back at the user, or producing a different effect than expected).

Certain spells may have negative effect on nature and require a balance to the universe. For instance, if one person is brought back to life, another will die in the process. Or it he attempts to stop time for even a second, somebody around him may die.


- Del Bosque Sigil on his body – It is a faint tattooed image of a tree on his left forearm. Very much like the one Zoraida has on her lower back.

Only the Head of the family can use it. It gives the wearer the power to cast magic without any negative affect on him/her. It also shields and protects the wearer from magical harm only.

The Sigil seems to have a life of its own and will automatically appear on the body of the next person it considers deserving to be the head of the Del Bosque clan.

- Can’t be cursed/affected by any magic – good or bad – used by another family member or warlock of a similar magic level or lower. So while he’s not affected by curses, he also could not be healed by magic of any mages of a similar or lower magic level.

- Ages very slowly. Is not immune to disease - but he does have a higher resistance to disease mostly because his immune system has seen a lot of pathogens over time and has built up resistance to most things.

- Elemental Bonding - Rafael is bonded to Takisu Kaliiné This means that. If an elementalist and oricenta feel like they have a strong enough connection, an oricenta can bring their elementalist to Ilada to bond together. The elementalist will become oricenta's Guardian and the oricenta their Companion. Oricenta can only bond with elementalists that control at least one of the same element they are.

If a Guardian and Companion decide the bond is not working out for them, they can return to Ilada to get it broken, immediately removing all of the magical effects.

- Raphael is the head of the Del Bosque family. He is also the Head of DB Holdings and is holding it in trust till Zora and Tomas are both 36. DB Holdings actually belonged to his eldest daughter, Azucena, the mother of Zora and Tomas. (Tomas is now deceased)

Azucena died suddenly when both children were teenagers. It is rumoured that Azucena’s husband and father to Zora/Tomas, Leandro, may have had something to do with her early death. However, few know whether it’s true or not, and since Leandro disappeared shortly after Azu passed away, the rumours and the investigation eventually stopped.


Time line: Azu died a year before Zora had Jeremiah. Her father “disappeared” shortly after Jeremiah was born.

- He is also the father of Celeste Forestier - all Del Bosque bastards are given the “Forestier” surname as a way of knowing who is related to the family by blood.

- Raphael has also bought huge tracks and sections of forest all over Europe and parts of North America and Russia over the centuries – especially when the Industrial Revolution started and he began to see what that might do to places where magic naturally exists and where mages and magical creatures live and often draw their life forces from.

- Currently, he is in Manta Carlos because Zora has asked him to.

Resources: Is immensely wealthy. Right now, he is staying at a nice hotel on the island.


Additional Information: The Del Bosques take magic very seriously, and therefore marry mainly other witches/warlocks. Also, Raphael is not aware that Zora gave her child up for adoption. He was informed by Leandro that the child had died during childbirth.
Last edited: Sep 4, 2019


Yoshitatsu Dosan Saitō (Archived)
Sterling Silver (Archived)
Parker "Duke" Morrison (archived)
Secrets are like margarine, they are easy to spread and bad for the heart.

Raphael has lost his aura.

Rafael is no longer bonded.