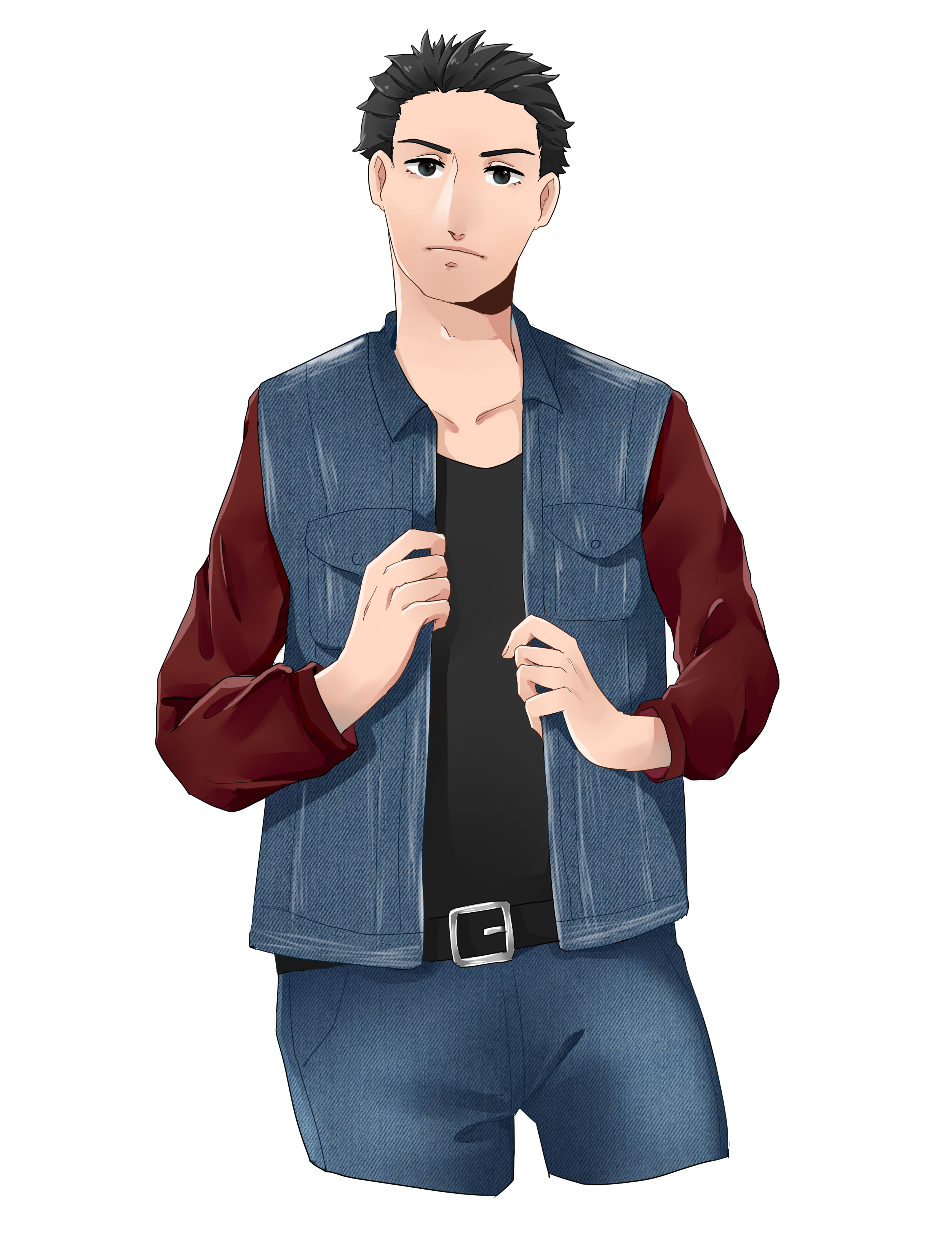 Duke looks and is seen as the typical bad boy who is only out for himself. The truth is he is actually fiercely loyal and protective of those he sees as his friends and will easily place others before himself when it's actually important and counts.

Parker (Duke) is also insanely good at remembering details, has an above average intelligence (despite his marks at school) and has great street smarts. He also tends to run off at the mouth, likes to joke, and has a great, if somewhat dark, sense of humour often seeing the humour or irony in situations that are not typically "funny". This sense of the inappropriate in inappropriate situations has only added to his reputation as a disrespectful troublemaker.

Duke is a music lover, can play the guitar and is huge believer in the supernatural and in conspiracy theories and is fairly opinionated about them. In fact, he has a whole room full of newspaper clippings, news articles, theories, and whatnot.

Duke has the ability to sense the supernatural i.e. ghosts, zombies, vampires, etc. Although, it's just a tingling like shiver that he gets whenever he is within 25 feet of whatever phenomena is within the radius. He cannot tell what is causing the feeling though. He just knows something is somewhere nearby.

Parker, or Duke, as he prefers to be called is your typical wannabe bad boy who is just really a misfit trying to fit in somewhere.

Duke has never been a great student, in fact, he failed kindergarten. School bores him, like really really bores him, so quite often he prefers to doodle in class or make wisecracks about something the teacher or his classmates have said - a trait which often lands him in detention.

And it was in detention where he curiously met a person that would become one of his best friends, Risky. The two of them immediately hit it off as they bantered back and forth across the room, much to the dismay of the teacher assigned to detention that day, and who, in the end, kicked them both out of detention for being overly disruptive.

Shortly thereafter, Duke fell into - quite by accident - a group that Ridky was part of called The Enigmas. He met the leader June, Eric and Anna one night when he was out late trying to prove the paranormal existed by taking pictures of ghostly images down by the town cemetery.

Duke immediately felt like he had found a group of people he could be true friends with, and enjoyed every adventure they went on - except for one - the one where June did the unthinkable and jumped into a portal that the group had accidentally opened, sacrificing herself to save the group. Deciding then that they needed to get June back the rest of the Enigmas reopened the portal, and hurled themselves in after her. Unfortunately, something went wrong and each member portalled to a place with the same, but very different dimension to their own.

Unfortunately, Duke ended up portalling forward a week in time and ended up in the middle of the ocean of the coast of Manta Carlos where he was immediately picked up by scouts, who rescued him from the waters and brought him to Manta Carlos where he is at the moment, recovering in the hospital for his near death experience.

Resources: Lives at the school dorms and depending entirely on the stipend.

Duke has a younger sister named Marie, who is 9, as well as a Black Lab named Marlo. Both are back in his homeworld.
Last edited: Jun 15, 2019