Career: Painter, healer, researcher of lost/ancient magic (Doesn't really have one at the moment)

Nat has striking light blue, almost grey coloured, eyes and is very pale. She is originally a blondish redhead, but usually changes her hair colour and at the moment has long, grey hair. She is of average height, maybe on the short side by today’s standards. She is slim with a fine bone structure.

She has a very eclectic style when dressing. She can go from jeans and t-shirts to the corseted (goth/steampunk) look that she grew up with. 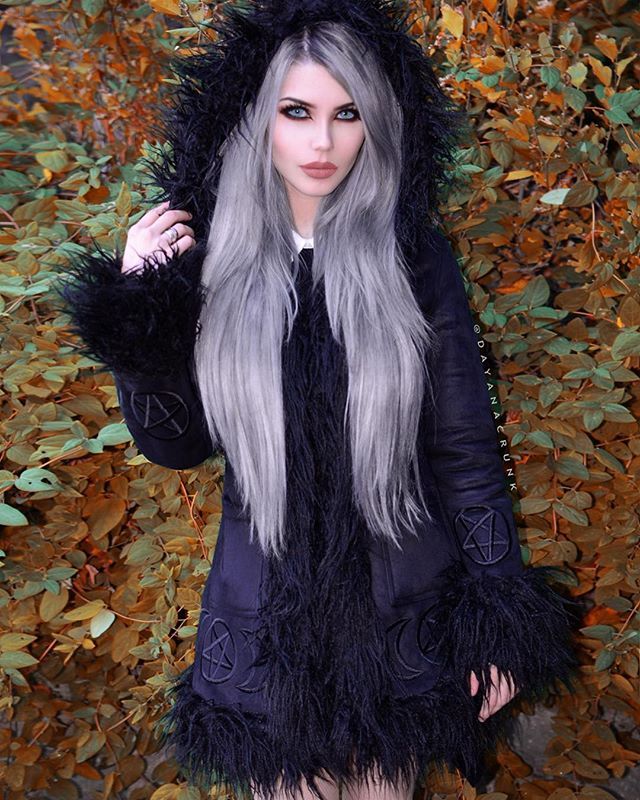 FC is of Dayana Crunk

Natasha is eccentric, if not a bit of a rebel, she has never quite been your typical witch and believes that there is no such thing as "good" or "bad" magic, just good or bad users of magic.

For many years (centuries), she has walked the fine line of living with humans and being a witch/vampire. Although, lately she has become tired/bored of pretending and has decided to move back to a place where magic rules.

Natasha is determined, extremely open-minded, quite stubborn and very opinionated - which had caused her problems in the past with her family (before she was turned into a vampire). She can also be moody and can still struggle with not being fully human anymore. She finds it hard some days as those around her die and pass away from old age.

Despite all this, Natasha is very warm and friendly with a rather odd sense of humour at times.

Species Abilities: (I mixed powers with abilities since they are basically linked. I hope that's okay.)

Natasha was born as a witch during the times of Catherine the Great. At the time, she was a courtesan of the Grand Duchess’s court and used her empathy and charm to move her way up the nobility ladder until one day she met a certain “count” who was, in fact, a vampire. This vampire became her lover, gained her trust and then used Natasha, feeding off her nightly, then leaving her for dead when he was bored of her. But, for some reason, Natasha didn’t die, nor did she fully become a vampire. She also retained her original magic powers plus a few new ones.

Natasha is empathic – She can sense the feelings of others immediately around or near her, and can feel what others feel if she touches them. (She cannot read minds.) However, thanks to her vampiric blood, those empathic abilities have been heightened and she can overload from too many sensations at times, causing her to pass out or faint.

She can also manipulate fire, not in a big way, mainly she can start a fire in a hearth, singe fabric, light a candle or as a fun parlour trick make fire appear from her hands or fingers.

Natasha is also skilled at healing others, she assumes it’s a side effect of becoming a vampire since she was already quite skilled in the craft before she was turned, but now, she can almost instinctively create a potion to cure what is ever wrong with a person. (Natasha cannot cure things like cancer. Just things that can normally be cured by today's medicine (but may be hard to diagnose) as well as many typical magical diseases. She also cannot mend bones or transform organs or make them magically work if they didn't before). It’s as if her empathy has made it possible to see/feel what is wrong with others. Natasha can also see and sense the dead like she did when she was “alive” as a human witch.

Despite being something akin to a vampire, Nat does age, but very, very slowly, and she can go out in the sun, though it often hurts her eyes and gives her massive headaches. She also doesn’t need blood to survive, although, she craves it sometimes and has come to realize that drinking blood heightens her abilities and makes her feel generally happier – like chocolate does for a normal person.

Natasha was born in the time of Catherine the Great in Russia. She is from a Russian family of aristocrats and spend her formative years in the Russian court as a lady in waiting.

Nat was born a witch. She always had the ability to sense things as well as see and talk to the dead. She is also a rather gifted healer. All these things made her popular at court as many were into séances, the occult and any form of enlightment.

She was sent away to live at court when she was 8 or 9 where she trained as a lady-in-waiting. At 17, she married a nobleman. Right before she turned 19, her husband passed away suddenly. Having no children and no place of her own, Nat decided that she’d returned to court where she eventually met the one who would turn her into a vampire/witch.

Unfortunately, after being turned, Natasha changed, she became somewhat sad and moody, and eventually was told she needed to take a break from court life since she was “too depressing” to be around and not fun anymore.

Leaving the court, Natasha travelled west to Europe. First to Spain, then to Portugal, France, and Italy, and then finally to England where she settled down finally and bought herself a tiny villa in Wales, enjoying the cool English weather better than the heat of the south. There she decided to try her hand at painting, and soon became very good at painting landscapes and nature.


Additional Information: Over the last few decades, Natasha has become increasingly interested in magic, why it exists, etc. She is also interested in learning about forgotten magic, spells, creatures, etc.

Natasha found out about Manta Carlos through the diary of a former student who went to Starlight Academy about some 50 years ago. Not sure if it were true or not or the fantasies of some school girl, Nat did some investigating, and she finally found a person who actually lived on the island and could tell her more about it and where it was located. Curious to know more, and to simply be around others like her , Natasha decided she to pull up roots and move to the island.
Last edited: Feb 1, 2019

Thanks :) (Btw, love the part in the gif with the guys dancing in heels. They are amazing!) :D 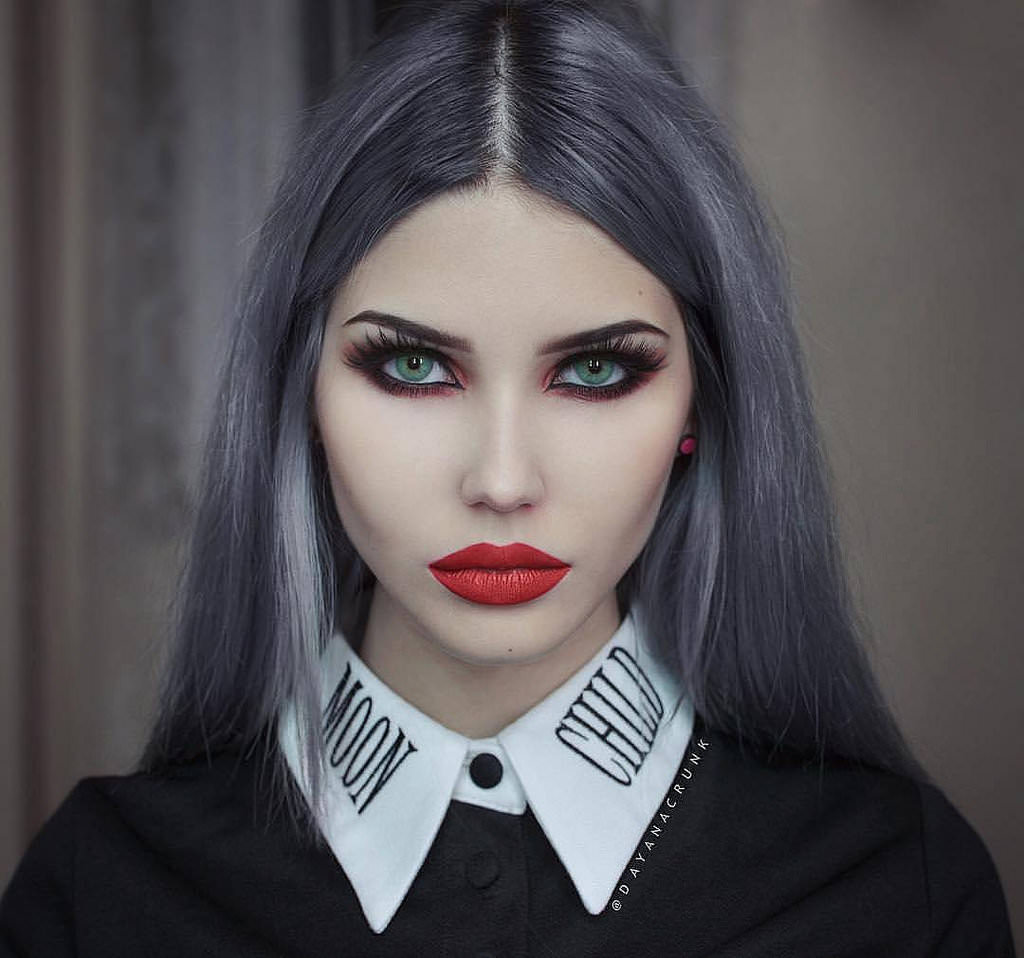 Abilities Summary: Empathic, can walk in daylight, healing ability, can see/sense the dead.

Reputation: She owns a holistic healing clinic in town. She visits Eve Dawning at the school. Good friends with Celeste Forestier and Zoraida Del Bosque. Is basically known as a friendly person.

Misc Information: Was a lady-in-waiting/courtier for Catherine the Great, dabbles in the esoteric, is a painter.

FC is of Dayana Crunk