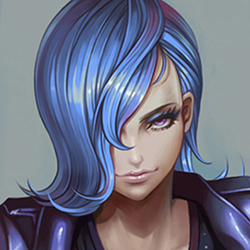 The night was bleak. Rain poured in a torrent. The sky flashed with every crack of electricity passing along the clouds. Sevina was late. But she had to escape her sister, for she didn't want Sevina to come to harm. Though Sevina knew that her sister would pay for such a thing. Defying a god. An angry god. A god who only acted when she was affected. She had no concern for her followers, not when they would blindly follow her, content on fighting her fight for her. Sevina was proud. She got Malara to rear her pretty head. To finally do something about the Paragons. All it took was for her to lose an object of her affection. But Sevina knew she would be content once she was killed. The Paragons will rise again. All because she was only concerned for her own satisfaction. Malara was not the god the Daughters of the Flame made her out to be. She saw that now. And if all it took to call yourself a god was power and people willing to fight your battles, then Sevina will rise up as one. From the ashes of this battle, she will be reborn. She will become a god. And she will finish the Paragons off. Naked and wearing nothing but the deer mask from her beloved Kofi, his life, rightfully hers and taken too soon, Sevina approached the meeting place: An isolated island, where a god will slay a mere mortal out of pettiness, and in turn give rise to a power greater than herself. On her skin were freshly carved passages that referred to Malara as the Daughters revered her. From underneath her mask, blood trailed down. She was armed with nothing but her two karambits and a pouch of explosives hanging at her hip.

Malara heard the thoughts. The sick, decaying thoughts of a madwoman who thought she knew jack fucking shit. As she walked through the rain, wrapped in her Rohai and barefoot, she steeled herself. She wasn't fighting an enemy, she realized as the thoughts continued to trickle into her head. Fighting meant that the two involved were somehow equals. But they were not. And not even just physically. Sevina was so far gone mentally that it wasn't even like she was killing a person.

Malara Tor was going to put down an animal.

She stepped up onto the small island, no weapon in hand. She didn't need it. She would use her own two hands and rip Sevina apart. She saw her, naked and in her deer mask. Like some sort of crazed zealot. What a waste of air.

"Your sister offered me a pound of flesh for keeping you from me. Unfortunately for her, I intend to take that pound from her skull."

That was all she had to say. No battle cry. No speech. She was far past words now. All there was to do was wait for Sevina to take the first strike.
Primary and Supporting Characters || Named NPCS

"Belittle my sister all you wish, if that is all you can answer me with." Sevina reached into the pouch and grabbed a handful of marble-sized explosive pellets and brought it to her mouth, letting them tumble down her throat. She had to lift the mask up slightly, and in doing so, exposed a bastard grin. "Five thousand, three hundred, seventy-nine. The number of faithfuls who died at the hands of the Paragons, wishing to be saved. And you only decide to take the fight to the paragons once Jafar was taken. That number could be bigger, or perhaps I was lied to. I personally knew fifty who suffered their torture. Hoping against all hope that their lady would save them. If only they meant anything to her. "I wonder. Do you deserve the satisfaction? Or should I slip away when I am just within your grasp?"
~~~~~======~~~~~ Characters: Valerie Noria Valencia Noria Maya Sarah Evita Belladonna Evita Devias Hel'Sarie Lorencia Hel'Sarie Kadasha Chandra Shay the Shaymin Aliasse Ryley Rosetta Ryley Ater Blake Locke Wolfram Farea Psyper Luciana Meikai Eric Surcadre Cara Cordelia Sevina Kesi Zienna Kesi Adara Aghamora Honey Drop Lei Ling Shēngxiào Dulce Cordis War Helmut Forster

Malara wasn't going to grace this crazy bitch with a response. She called on the collective strength of the souls inside her and launched herself forward with incredible speed. Her leg cocked and aimed to kick at Sevina's leg and shatter it.
Primary and Supporting Characters || Named NPCS

No. She wouldn't give her the satisfaction. She didn't deserve it. Sevina let just one last puff of air escape her. And then all went white. She could not feel the pain. She could not feel her skin and bones being pushed outwards. She didn't even hear the ear-shattering explosion that originated from her belly. Nor did she see the massive fireball expelled. The maggots inside her body were ordered to release the explosive gases inside, and by her command, the maggots exploded, triggering the pellets she swallowed, which in turn served to increase the overall power and force. By the time Malara would reach her, whether she made contact or not, Sevina was already gone. There was nothing but a crater where she stood.
~~~~~======~~~~~ Characters: Valerie Noria Valencia Noria Maya Sarah Evita Belladonna Evita Devias Hel'Sarie Lorencia Hel'Sarie Kadasha Chandra Shay the Shaymin Aliasse Ryley Rosetta Ryley Ater Blake Locke Wolfram Farea Psyper Luciana Meikai Eric Surcadre Cara Cordelia Sevina Kesi Zienna Kesi Adara Aghamora Honey Drop Lei Ling Shēngxiào Dulce Cordis War Helmut Forster

Malara slammed her heels into the ground just short of the explosion. Even as the momentum tore her feet apart, they repaired themselves, the damage transferred to one of the souls inside her.

She stared at the smoldering heap where Sevina had stood moments before. She was angry, sure. But not the way she could have been even a year before. "Dumb bitch."

Oh well. She turned around and headed towards the water. She wondered if her body camera had picked up Sevina's voice well enough for her to collect the bounty. Digging it out of the folds of her Rohai, Malara hoped so. Might as well get something out of this useless night. She could also need to send a copy to her sister. Remind her of what was coming for her.
Primary and Supporting Characters || Named NPCS