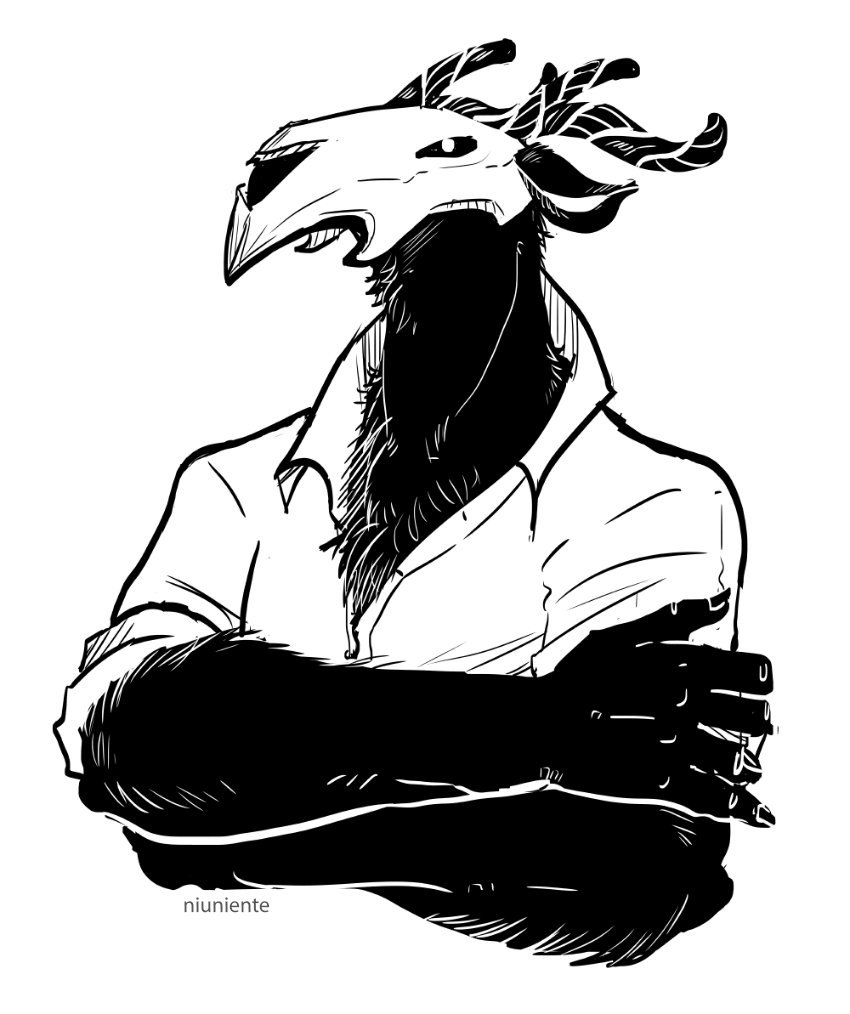 Character is Aleq from the webcomic Bride of Limbo. Art is by Niu on Twitter. 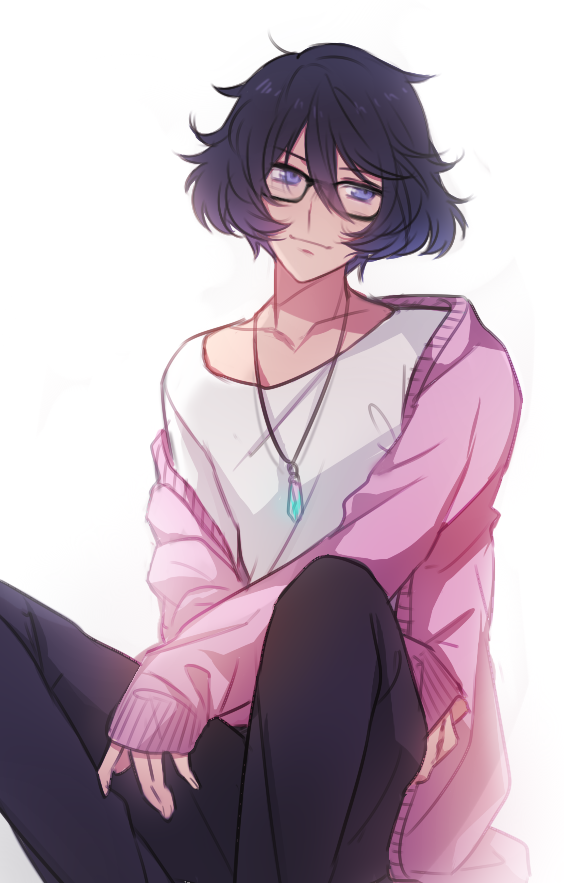 Character is Kongwai Tao from Tales of Innocence-R. Art is by Nusumenaihxseki on Twitter.
personality
Jeremiah is kind of cheery, for someone whose magic skews towards the dark arts. He himself often and enjoys a variety of simple hobbies, such as gardening and whittling. He doesn't take handouts and prefers to earn the things he gets.

His cheery demeanor is a concentrated effort to live by the teachings of his deceased fathers. In general, be a light in the darkness. But underneath all that, he does have a darkness. He has an anger that he does his best to only manifest as gentle chiding. But sometimes, that darkness can manifest and when it does, one is reminded that he comes from a line of Druids and Necromancers.
abilities
Active
Witchcraft
Jeremiah is capable of using runes, incantations, and rituals to affect the world around him. In short, magic. Magic is more or less difficult for him depending on affiliations. For example, Jeremiah is more affiliated with the element Earth and less affiliated with Air.
Jeremiah's magic can be broken down into three basic types: Everyday Magic, Small Magic, and Big Magic.


Passive
Forest Crown
Jeremiah is immune to curses and negative magic from a member of the del Bosque family.

Lich
Jeremiah is undead. He requires neither food, sleep, nor air to breathe. He has no organs to speak of, so he cannot be wounded in any meaningful way by mundane weaponry. If his body is damaged, new portions will grow from the plant matter that makes up much of his body. This process can take several days depending on the amount of damage he sustains.

Phylactery
Jeremiah has an object, a necklace given to him by his fathers, that contains his soul. So long as the necklace remains intact, Jeremiah cannot die. Though his body can be kept in an inert state by damaging it severely, he will not lose consciousness.

Weakness
True Name: Aliprand Wechseln
Jeremiah has a true name which is part of what gives him his significant power. However it also harms him, as using his True Name as part of a command can turn even mundane suggestions into magical compulsions. Even saying his True Name aloud to him with ill intent can cause him pain.

Phylactery
If someone takes hold of his Phyactery, they can command him as though they had his True Name.

Fire
Due to his body being made primarily of plant matter, Jeremiah catches fire very easily.

Common Magical Items
Human Shape Charm
biography
Jeremiah was given up almost immediately after he was born, to keep him safe. Put up for adoption, he ended up in the care of a couple of hedge witches who noticed the baby boy's magical potential.

His early life with his fathers was idyllic. He learned magic and helped cultivate their gardens. Living in the woods, away from most other people.

His life was shaken hard when he was around fifteen however, when he used magic in town to help some locals. Word got around and a group of zero tolerance witch hunters set their sights on the family. Jeremiah's fathers died trying to keep their son safe, and in the end the boy had a surge of magic that took the form of the one thing on his mind. I need to get away from here.

Jeremiah ended up in Svartalfheim, the home of the Dark Elves from Norse mythology. His biological father's home. The father he soon met, who took him in temporarily in order to allow him to recover from the injuries he sustained when using such a powerful ritual unaided.

Jeremiah, over time, learned his heritage, among other things. He learned why he was given up and that his mother had moved to the island of Manta Carlos. After two years of living with his father, Jeremiah hugged him and stepped into a ritual circle to go see what the rest of his family was like for himself. The last words his father spoke to him we're, "Be careful."
Resources
Lives at the school. Has his stipend, and not much else.
additional info
Joined the gardening club and a club for magic users, because they make him feel comfortable.
Last edited: Aug 22, 2019
Primary and Supporting Characters || Named NPCS

Lich form is tall and broad, with a deer-like skull for a head. Body is made of plant matter, bones, and fur. Massive claws on hands. Tiny stilt-like feet.

Physical Quirks: Speaks with an obviously Nordic accent. Often wears flowers and the like in his hair. Very excitable boy.

Abilities Summary: M A G I C
But no, really. He can do magic. Mostly a bunch of minor stuff, like minor telekinesis, making small harmless sparks, etc. Can do bigger magic, but that drains him. Even bigger magic will injure him and takes forever to do.

Misc Information: Character is Kongwai Tao from Tales of Innocence-R. Art is by Nusumenaihxseki on Twitter.