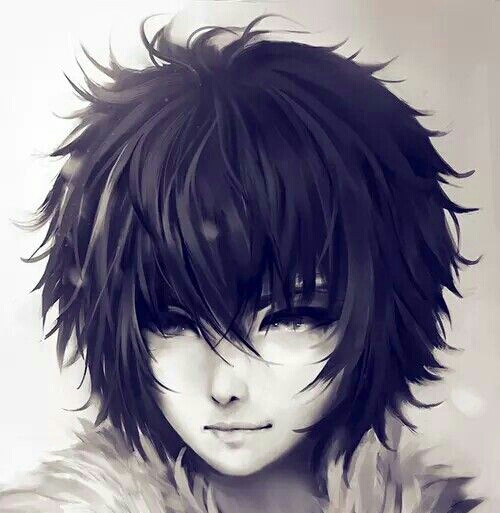 Eein had been taught to hunt at a very early age, it'd just been a part of his life, almost all the meat him and his parents ate they'd hunted themselves. So finding that the island had a forest that acted as a hunting preserve for certain creatures, like dragons, had been a pleasant surprise.

So he'd found himself hunting soon after his arrival, always alone, that is until more recent events. Joining a clan, being part of a dragon community, that was all quite new. That said, it wasn't bad, quite the contrary, he hadn't met many of the other Alpine dragons, but the few he had were nice enough.

Eros fir example seemed kind and he was good company, even if he did look like a video game boss he'd killed in a game before. So today they hunted together, Eein having brought his bow and quiver with him, he preferred hunting in dragon form but he knew how to use a now well.

"Was hunting common in the community common?" he'd ask, a little curious about what it was like, his father had never spoken about his former home.

Aros was happy to be in the woods again. The last time he had come out here had offered him a clarity he had been lacking in the city. Not only was he at peace once more he also had company. New kin at that. The young man was a recent adopt into the clan and Aros felt it necessary to put his best foot forward. Joining into something bigger than yourself had to be overwhelming for a young mind.....or maybe not Eien hadn't been fond of the clans original home or its history. If anything the boy probably felt more estranged by the whole situation then he would have if he understood the breadth of it all.

"Yes, while we do farm it is the tradition of hunting that many pride themselves on. In my family, we bleed the child earlier in lofe so that they become aware of the danger presented in hunting those stronger than themselves. "

He remembered his first hunt with his father and uncle. He and a cousin spent hours listening to the lecture on what to and what not to do. It was torture but Aros was grateful for it now.

"Of course, we don't let them get fatally hurt but there is a respect that must be had for the act that we try to instill in our young. "

Aros listened out to the surrounding sounds as he spoke, waiting for anything of interest. The magical creatures here were of resounding sport for him and he had taken pleasure in felling the giant deer prior. This time he hoped to get another and take a picture. He was still trying to understand all the options on his phone. When he told his kids about it they refused to believe him so he needed proof.

He'd hum a little in thought, listening as Aros told him of the hunting tradition, of how he'd been introduced to it. "My father did something similar," he remembered being taught how to taught, the things to do, the things one should not do. "We got most of our meet from hunting."

Crouching, he'd sniff the air again and look over the ground for tracks and signs. "I've been bringing venison home for me and Huilu," his nose would twitch a little, "we should have our uh...families get together for dinner."

Aros laughed as he listened to the boys call outs

"You have a sharp nose young one. Let's see the fruits of your parents training. You lead the way as you see fit. If I suspect you have fallen off the path then it will be simple enough to change direction."

Aros adjusted the bow and makeshift he was carrying and nodded for Eein to lead the way. He hadn't taken a child on a hunt in a long time and he was still too cautious of this place to let his girls hunt alone. Eein seemed to have a knack for the trade so letting him prove himself a hunter and a true member of the clan was an easy choice.

"So tell me Eein this girl of yours. Jazz I believe. Are you attracted to her? "

Subtly was unnecessary in this situation he had seen so many relationships in his life that it was just simple fact to him that attraction between people, especially teenage kids was a thing.

Nodding he'd start to lead him in the direction of their potential prey, he enjoyed the woods, hunting and fishing had always been a big part of his life. "No change will be needed," he'd say confidently, "we'll have our game soon." It'd been a while since he'd hunted with someone, last had of course been with his father.

He'd chuckle a bit at his question, "I am, it's why I asked her out," Aros was now a few days late for that question. "You're a bit late with your question," he'd stop and sniff the air before continuing on, "here to give me dating advice? I honestly don't know what the customs are for it in the community."

Stopping again, he'd lean over and look over some deer tracks, they were indeed going in the right direction. "Honestly I'm expecting talk of long term courting and marriages that are borderline arranged," all that seemed likely to him, given how isolated the community was.

Aros laughed "Well i am in no position to lecture you on who you pair with. My marriage wasn't arranged and my true love just happened to be born near me. Many search but never find love so if you believe you have found it then all I can do is wish you the best in that regard. Though the idea of marrying outside of the clan is still rather strange to me."

Growing up in a traditional family breeding within the clan and especially the species just seemed like common sense. It was one of the many fears brought up by his kin who did not see this expedition as a wise choice. They were going against all they were told growing up and even now Aros could tell mating between species would become ever more common if a true mass migration took place.

"Honestly if my daughters fell in love with someone outside of the species it would take time to adjust....if only because I am used to the old ways. It is up to the younger ones like you to help transition our people as time goes on. If you do marry Jazz I would recommend a large dinner.....and something handmade. People tend to like that."

He chuckled for a second when a crack hit his ear. He turned in the direction of the noise and pointed. "We are getting closer, best I leave this here." Aros would settle the cart on the ground and pull the bow from over his shoulder.

Eein made a face as he explained things, "sounds like the clans have a taboo about." He'd made a frustrated growling sound, "well....they're all opening up now, hopefully that's something that'll change eventually."

"Marriage?" he'd almost choke on the word, "it's a bit early to talk about me marrying Jazz isn't it?" He'd try to hide it but his face was slightly flushed from this conversation, it just seemed to jump from simple dating to marriage plans already.

His sharp ears picked up the sound, and he'd nod in agreement, sniffing the air. "Yes, we're close," he'd ready his bow, stepping a bit lighter as they continued their way towards their prey.

Aros would fall back and let Eein take the lead. This was his time to show off the skills he had attained over the years. Aros was a judgemental person, while he knew the faults of being so he never strayed from that mentality. At Eeins age, he had expectations of what he should know. The clan wasn't driven by just camaraderie but also ability. Eein claimed to have the ability so this was as good a test as any, granted the standards were lower as Aros had no worry about the clans well being when it came to those with ability.

"Bring it down with one arrow. The less damage to the body the better." His bow was drawn and knocked as well but his intention wasn't to get in Eeins way. So far the young man had more than proven he was good at tracking now all that was necessary was to bring the beast down.

Slowly as they approached Aros would keep conversing

"There is nothing wrong with thinking about marriage with those you love. Just don't let the idea control your mind. I've had a few drinks with much broken-hearted kin and it isn't pretty. Thoughts won't hurt you if you stay alert and aware. I knew I wanted to marry Irinoria from a young age and over time my love and bravery grew enough to ask her. 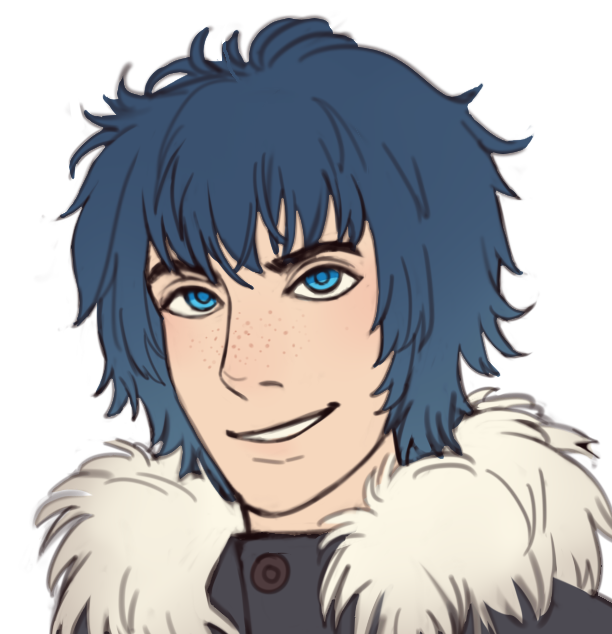 "I mean we just started dating," marriage seemed a long ways off, something to be talked about years from now. "Thinking about it already sounds like rushing things," he'd sniff the air a bit, making sure he hadn't lost the scent.

He'd tilt his head, continuing to pick up on the sounds of their prey. They were indeed close, both their families would eat well tonight. The young dragon would pull an arrow from his quiver and ready for it.

Eein's sharp blue eyes would spot his quarry, a large buck, just what he wanted. Drawing his bow, he'd aim, and he'd fire. The arrow would strike true and the deer would fall. "Don't dragons usually wait until they're at least a hundred to start thinking about that stuff?" he'd ask as he approached the fallen prey, "then again...Jazz doesn't have an extended lifespan."

Aros smiled at the clean shot Eein had made patting the young man on the back.

" Her life may not be as long as ours but you are right...maybe having love for someone so different from you changes things. However, knowing if your love is real love is something that you should always consider. True love can outlive us all but lust can die far sooner."

Aros stepped closer to the deer to check and make sure it was truly dead.

"Plus, the last thing I need to hear from Huliu is that I got her first child to get married so young. Keep your thoughts where they belong until the time is right that is and do not fear to think of your future whether it is with a mate or another task."

Aros looked over the carcass and knelt down to pat the lifeless beast.

"My father compared it to hunting but I wouldn't tell that to a women" he chuckled "You are a smart kid with a genius mother. I am hopeful that you and Jazz will be happy for a long time......Now!"

He pointed to the deer "A young man like yourself should spare my old bones from carrying anything." He laughed, scaring a few birds from a nearby tree, and removed the arrow from the deer carefully.