Fryktories is an app/website run by Acinaces Arena. It features details of both entertainment and private matches, including who's fighting, when their match is set, their skillset, and an easy way to place bets. There is also a streaming service with a subscription-based fee that can be used to watch and comment on recorded or real-time arena fights.

A prominent part of Fryktories is its assistance with setting up private matches. Users can make profiles explaining their fighting style, abilities, and what they want in a battle. They will then be suggested partners based on compatibility or they can search for partners themselves.

Minors are allowed to use this app, but cannot view brutal and to-the-death matches. Minors who want to be set up for a fight must have their guardian sign disclosures before the fight.

((OOC Note: Dorm parents can, but won't, sign up their children/student for fights. If a student is seriously harmed from a fight, it will look bad on the dorm parent, and by extension, the school.))

Fighting Experience
How long has your character been fighting? What type of fighting style do they use?

Looking For
What is your character looking for in a fight? Do they just want a battle to the death or a fair fight? 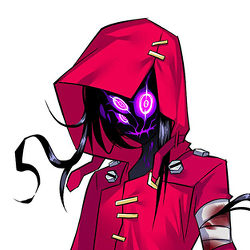 Fighting Experience
I was never trained to fight, I just picked something up and hit or stabbed people with it.

Powers/Skills
I can sink into the shadows, make a baby chick appear, and my body has a tendency to sprout some hair-like tendrils.

Looking For
Just someone to help me keep myself together. I don't want to accidentally hurt someone, you know? I want to feel and cause pain, as messed up as that sounds, but I can't help it.