FC is official art of Koi Kisaragi from Tsukiuta The Animation

Biography:
Erione was one of several children born from the union of his father, Ibarus- the god of rocks and stone, and his mother, Kodea- the goddess of light. He comes from an alternate dimension (Lum) where a huge pantheon of gods compete for the adoration and worship of the mortals. Most of the power gains and losses are achieved through great displays put on by the gods and their followers. As a result their holy places are the universities, galleries and coliseums that show off the grandeur of the gods.

The gods of Erione's world gain the memories and knowledge accumulated by their parents up until their birth but it is locked away until they are able to handle that knowledge appropriately. Their emotional and physical development occurs in a similar fashion to humans although they usually stop aging physically by age 20.

He spent the first 5 years of his life being cared for within the domain of his mother until his own domain began to take shape. For the gods of Erione's world a domain is more than just the idea or material that they have control over. It also refers to a subsection within their heavens that is entirely their own, where they have absolute control. The lowest or newest of gods have little more than the equivalent of a dorm room while the most powerful and accomplished gods control entire metropolises full of angels aligned to their domain.

Once Erione's domain began to form he was allowed to leave his mother's domain but he was provided with an angel from both his mother and his father to advise him and nurture him in their absence. His own angels didn't come until after his domain was powerful enough to encompass the size of an average townhouse. At that time he was 10 years old and had a small but growing following and his first fledgling shrines in the mortal world.

Most of the mortals in his world consider Erione to be a friendly and goodhearted god that provides for beauty and enjoyment for his followers. The tenets of his divinity would be best describes as creativity, appreciation and wonder. His following mostly includes artists and jewelers but many professionals who rely on glass tools and nobles who enjoy having fine glass sculptures or well made windows have been known to keep a small shrine to Erione just in case.

Erione spent the next 5 years growing his followers within his homeworld and in turn expanding his own domain. Eventually though he drew the ire of some of the other gods his own age. They were upset that he seemed to be growing in power much faster than them and "stealing" all the followers from them. Rather than get into a battle of holy might Erione began to study with a friend of his, Oneas- the goddess of travel, and a year later was able to enhance his own ability to travel through glass.

He didn't know where his destination would be but he had resolved to test out the travel. After a full day spent in ceremony he touched the great pane of emerald green glass that served as his favorite doorway into his domain and found himself transported to a strange island.

A little scared and unable to speak the local language Erione wandered the island of Manta Carlos for a few hours until he spotted a somewhat familiar sight. A school. Schools in the mortal world of his home were like beacons to the gods with so many eager minds looking for inspiration and learning. This school was not exactly like the ones he was used to but it was still a school so he approached to investigate.

Fortunately for Erione the universal language enchantments allowed him to speak with the administration of the school and they enrolled him as a student, though he was placed in remedial and cultural classes to catch him up to the customs and education style present in this world. They also helped him obtain a language charm to help out until he gains a better mastery of the english language.

After about a month of being on the island Erione had grown homesick. Though his consciousness traveled home to his domain and his followers while he slept he still missed physically being there. One day he decided to try to transport himself back home and found that he still felt the connection to the altars and shrines built for him back home. With a lot of concentration and effort he managed to send himself through the window of his dorm room and ended up back home.

Study with his friend Oneas revealed that as long as he had at least one shrine in his homeworld he would be able to transport himself back but if they were all destroyed he would be trapped and his domain would slowly die out. She could help send Erione back to Manta Carlos in the same way as before but his most important task upon getting back would need to be finding at least one follower to make a shrine for him on the island to make the travel much easier and more reliable.

By the time Erione left his home again his domain had expanded to the size of a very small town. The kind of town that only has about a dozen buildings and no traffic lights. There were 10 angels that were under him.

After several months of being absent from Manta Carlos, and probably a bit of a snafu with security looking into the report of a missing student, Erione popped back through the window of what had been his dorm to find out it had been assigned to someone else. After the shock and embarrassment Erione was taken before school administration to explain himself, be lectured greatly, and then eventually be reinstated as a student.

He now has become situated on the island, developing a small worship base and several shrines. As such he has reinforced his connection to his domain and his mind expanded to finish allowing him access to his parents' memories and the ability to hear and reply to prayers in the course of his daily activities. He has multiple pieces of art on display in galleries on the island.


Resources: Lives in a dorm but is able to access a great deal of wealth from his own domain or from either of his parents

Additional Information: Speaks Illumi, the holy language of the world he comes from, and is learning english
Last edited: Sep 12, 2019 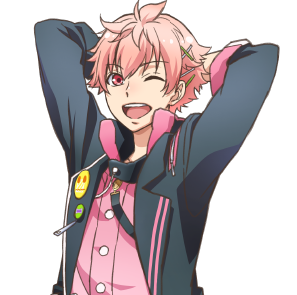 Physical Quirks: Very rarely sits still. Absentmindedly plays with shards of glass, especially when he gets nervous. Easily distracted. Despite not wanting to sit still he does tend to sit down and rest a lot while fidgeting

Abilities Summary: Controls and creates glass with his mind. Can teleport using glass. Vulnerable to physical attacks and will shatter into glass shards if he suffers more than the most minor of injuries. In shattered form he cant see and has trouble talking. Can only wield glass weapons. Is significantly weaker physically than humans. Immune to light, shadow and lightning and resistant to extreme cold or heat (except sudden switches between those two). Sleeping lets his consciousness travel back to tend to his domain but suddenly waking causes significant disorientation. Feels when someone enjoys or appreciates an item made of glass and knows the location. People can pray to him at a shrine or through one of his gifts.

Reputation: Happy if a little weird kid in 11th grade. Had shown up on the island several months back but disappeared suddenly after only being there for a month. There was a missing person report but no trace was found until he popped back up recently. Rumor is he popped back up in a dorm that had been reassigned and scared the student there quite badly. Has re-enrolled as a student.

Deleted the Cmi field and moved the simple language charm to actives
Click to expand...