[Kikuchi Makoto from Idol Master. Art 2-5 by NekoPuchi]​
Dulce appears as a 5'8" tall girl, and can shift into many different hybrid forms, usually those of other humanoid demons. So one day she could look like a normal human, and then the next she could have horns, a tail, or both, though subtle differences like eye color and hair color are subtle differences she is capable of changing as well. While she might be seen as a free-form shifter because of this, she can't deviate too much from her initial form, always having the same height, body type and face.

Personality: For the most part, Dulce paints herself as a perky girl who leads a pretty active and carefree lifestyle with no rules and only listening to her own whims. However, that quickly comes falling down when she meets another lust demon. It'll be fine at first, especially if it'll be casual conversations happening between them, but she'll be more docile from this point on. She gets nervous and flustered easily by them, often giving off the impression that she's fallen in love. She'd do what is asked of her with little resistance. However, she has enough control of herself to see if things are going too far. But how far is too far? It is skewed, and might only border at blatant assault and murder. Depending on what happens or how she is urged, she may cross that line.

Biography: Dulce was created on a whim. Her essence taken from many of Asmodeus' servants and forced into a vessel molded after a young human woman. For the most part, she was an experiment, and one that was heavily weighed down. She was meant to be no more than a slave, and that was ingrained into her mind the moment her consciousness formed. She was given everything a good slave needed. Skills, technique, and of course, obedience.

However, she wasn't fated to be his servant. For one reason or another, Asmodeus chose a troubled son, but as far as Dulce knew, it was by random chance, not that she knew anything about it. She was set to be sent out during Valentine's Day, like a gift from a secret admirer. 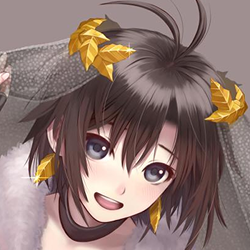 Name: Dulce Cordis Apparent Age: Teens Gender: Female Species: Lust Demon Height: 5'8" Build: Slim Notable Features: The color of her hair and eyes change depending on what she feels like having on that day. Though usually, she keeps her hair on the darker spectrum of blue to black, and her eyes are usually blue, sometimes dark sometimes light. However, she can change them to whatever color she wants. Looks human most of the time. Physical Quirks: Gets fidgety and shy around lust demons, but otherwise lively. Power Summary: She can shapeshift, sort of, where she can add features to herself and only slightly modify what features she originally had. Can't really change how she looks, but can augment it. Feeds off of lust, much weaker when not from other lust demons Reputation: Comes off as friendly, active and adventurous with an air of independence and a carefree attitude. Gets easily flustered by lust demons. Misc Information:
~~~~~======~~~~~ Characters: Valerie Noria Valencia Noria Maya Sarah Evita Belladonna Evita Devias Hel'Sarie Lorencia Hel'Sarie Kadasha Chandra Shay the Shaymin Aliasse Ryley Rosetta Ryley Ater Blake Locke Wolfram Farea Psyper Luciana Meikai Eric Surcadre Cara Cordelia Sevina Kesi Zienna Kesi Adara Aghamora Honey Drop Lei Ling Shēngxiào Dulce Cordis War Helmut Forster
You must log in or register to reply here.
Share:
Link