Appearance Description: Adult bird with cream-colored feathers with the edges of their feathers ending in a golden color. It has three sets of wings getting progressively smaller as they trail down its back. Most often seen in its smaller form at about 20 inches long but can be seen as large as 8' long. Long, pointed ears with sharp talons and beak.

Personality Description: Asku is not sapient but he does have his own personality quirks. He is extremely defensive of Ireneus, his companion, and greatly dislikes being far away from him for long. He is fond of items of gold and furry creatures, though he tends to enjoy the latter for his hunts as well. Intelligence wise he is roughly comparable to a very smart crow.


Biography:
Resources: Lives in a very nice condo in the city on an upper floor with a balcony. All of his living expenses are taken care of by Ireneus Paulos, who he is a companion to. 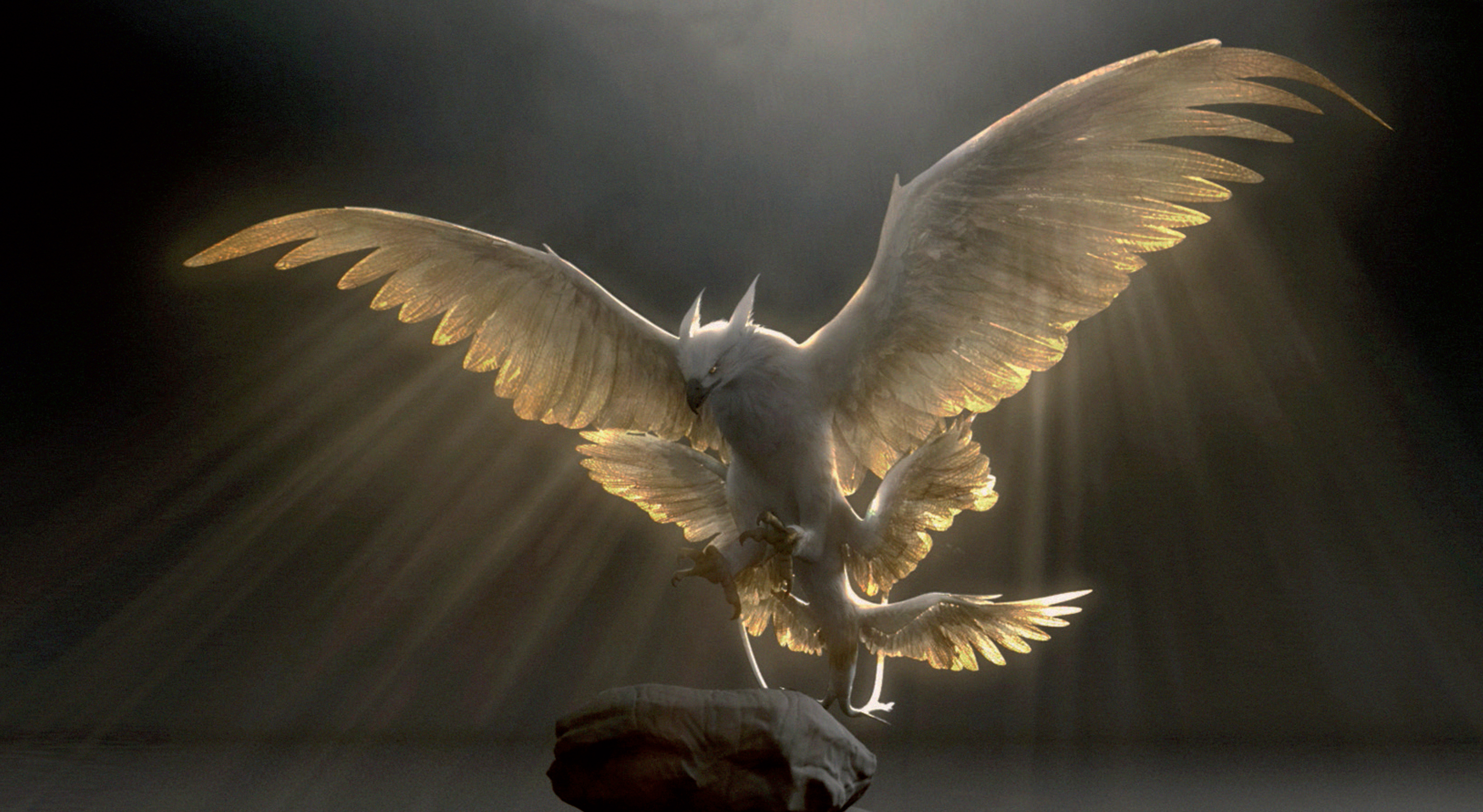 Reputation: Is a bird companion to Irene (he refuses to call him a pet). Friendly and tame except if there is danger to Irene or himself. Usually seen perched on Irene's shoulder when not flying around.

Misc Information: Is a companion to Ireneus Paulos.
Officaial art of the Thunderbird from Fantastic Beasts and Where to Find Them
Last edited: Jan 27, 2019