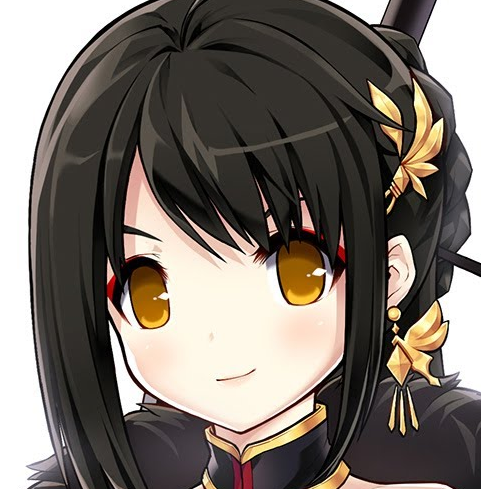 Raella could hardly believe it when Liliana agreed to teach her how to use a bow and arrow. Technically the demon barely had any use for such a life skill considering she could conjure magic flying swords but then again learning a new skill was always fun. This seemed to be especially the case considering Raella hasn't so much as touched a bow in her life. The first time she'd seen such an item would be in one of the old illustration books in the library. As she delved a little deeper into her weapon research, the intricacies of the bow never ceased to amaze her; using tension as a driving force for an arrow seemed so much more innovative than some boring old magic.

Taking a leisurely stroll to the destined meeting place, Raella relished in the tranquil forest atmosphere as she made her way to the clearing. The blood stored to craft arrows simply levitated idly next to the girl in the form of a sparkling crimson duck. Unfurling her wings, she gave them a quick stretch as she leaned against the trunk of a nearby tree. Now all she had to do was wait for her mentor.

It had been a huge surprise when Raella had asked about learning to shoot with a bow and arrow. So much so that Liliana had been left momentarily speechless - it wasn't too often a demon or/and magic-user asked her for such a thing.

However, once the initial shock wore off, Liliana readily accepted and offered to even supply the proper bow for Realla to use - a recurve bow. The bow was definitely a tad more simpler looking than her composite bow, but that was because her bow was made for movement, speed, as well as accuracy.

"Hey there!" Lily called out as she entered the clearing where they were to meet and saw her friend waiting patiently for her to arrive.

"Are you ready to start?" Liliana asked with a smile, her normally loose red hair tied up in a ponytail as she arrived wearing tall dark brown leather boots, a pair of riding outfit with a pair of leather half gloves made especially for archery.

The minute Raella caught sight of her friend, she immediately perked up, tail swaying slightly in excitement as she paced over to greet Liliana. "Hi! Thanks so much for coming!" The girl peered at the two bows Liliana held, utterly fascinated by the sheer size and elegance of it. Despite the bows probably being average-sized at best, there was no doubt it was much larger than anything Raella had seen in the books. Letting out a soft squeal of excitement, Raella quickly stepped back as she regained her composure, her wings tucked neatly behind her back.

Sweeping her fingers through the crisp air, Raella gestured over to the duck, gleaming in all its glory. Lips curling into an exuberant grin, the girl exclaimed: "I can make arrows with this so we won't run out!" Briefly pausing, Raella sparred a glance around before continuing: "so so, how's this gonna work? Omg, are you going to show me a demo? Archery sounds super super cool!"

Liliana grinned as she approached her friend and held out the bow she had brought for her to use.

"Of course, I'll give you a demonstration," she replied amicably as she unhooked her own bow from her back and took an arrow from the quiver of them she had brought, passing them afterward to Raella so she could see what type of arrow Lily preferred.

"Then I'll help you get in position and teach you how to grip the bow and the arrow properly," she explained as she stood still, legs slightly apart, raised her bow up, and shot off an arrow without a moment's hesitation.

"See? Easy?" she laughed as the arrow hit a tree, dead center, almost a hundred meters away.

Taking the bow with a gracious "thank you", Raella then directed her attention to the quiver. The arrow was beautiful, to say the least; it had a majestic, cinnamon-dyed wooden stem which ended in a gleaming steel point at one end, and a feathery haven on the other. The object radiated such elegance that Raella was afraid she'd break it. In a careful, delicate motion, she pulled a single arrow out of the quiver, inspecting it closely as it lay motionless on the palm of her hand.

Raella's eyes darted between the arrow and Lily as she fired her shot. She watched astounded as the arrow zipped through the air as if destiny itself had paved its path. "That was so cool!" Attempting to mimic Lily, she wrapped her fingers round the bow, bringing it level to her shoulder. With a little bit of fumbling, she eventually positioned the arrow best she could as she pulled the string. Raella widened her stance as she controlled the tension in the string. Inhale, exhale, release.

Wonderful. The arrow somehow managed to miss every single tree in sight. Around a hundred meters off, there was a visible rustling of leaves as a flock of birds took flight. Sheepishly lowering her bow, Raella's lips curled into a bashful grin as she turned to face Lily.

"I guess you could say I have lots to learn."