Appearance Description: He’s a reasonably handsome but tired looking man who looks to be in his late twenties. He sports reddish brown hair, and eyes that are usually blue, but tend to shift to red. He’s 5’11” and generally dresses in the same business casual attire whether he’s on or off the clock. 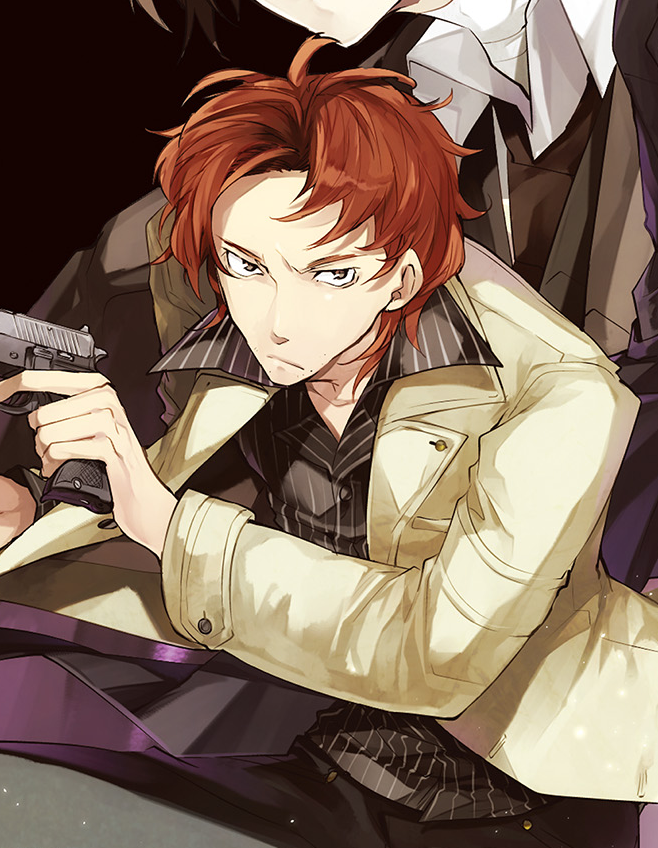 Personality Description: Al is friendly, but comes off as kind of aloof or too tired to be bothered with things. Any day he’s not actually needed for his job is a great day in his book. In general he’s an easy guy to get along with, and he leans much more towards his human sensibilities in compared to his other siblings. Like his father, he doesn’t go out of his way to rely on his powers completely, prefering to take more mundane solutions and using his abilities on a as needed basis.

Active Abilities:
Shapeshifting: Alvin can shapeshift into five forms. A thirty foot centipede like creature, a seven foot humanoid bat, a rat, a black wolf, and a raven. His abilities don’t actually change in these forms. The standard animal forms share physical peak abilities that their real life counterparts would have. The centipede and bat forms can both lift one ton and share the same speed and reflexes as his human form.

Panphobic: Alvin is a creature based in fear, fear based abilities such as auras increase his physical strength, speed, and stamina. Minor intimidation will only give him a small burst of energy so long as he’s within the vicinity. An aura or ability that compels people to feel absolute terror will effectively double his physical capabilities and make him feel blissful. Fear can also nourish him in place of food, and weaken any auras present for the duration of the feeding.

Shadow Travel: Alvin can teleport via shadows. So long as he knows the general location, Alvin can open up a portal utilizing a shadow within said area. Alvin has to be within two miles of his intended target in order for this to work.

Passive Abilities:
Physique: Alvin is able to lift half a ton, and run up to 80 mph. He is nimble enough to dodge a bullet. His senses compared to that of a wolf’s, and he can see clearly in total darkness as if it were daytime. Alvin also does not need sleep. He also has a second heart.

Too Spooky: Any person who attempts to read Alvin in any supernatural capacity such as his mind, empathy, even his powers will only be struck with a wave of fear.

Healing: Alvin can heal minor wounds with in seconds to an hour, depending on their severity. That said, this doesn’t mean he heals properly. Broken bones still need to be set. He is capable of regenerating lost limbs and organs(excluding his brain) overnight if left in an area of total darkness.

Weaknesses:
Light Magic: Light based magic is doubly effective against Alvin to the point that even a barrier of light magic will burn his skin.

Borne of night: Alvin cannot access his shapeshifting or shadow travel abilities during the day. These abilities only become active at night.

Dream catchers: If utilized properly, Alvin can be trapped within dream catchers and other such talismans.

Common Magical Items: He carries an aura warning bracelet for the feedback his powers cause to anyone trying to read him.

Biography: He’s one of Donny’s many children. Alvin’s mother came from a long line of magic users that specialized in dream based magic. It was only natural that the child born from this would have fear based abilities, and be a nightmare. They lived a decent portion of their lives off island, only moving when Alvin’s abilities became too much to hide. His life was normal, after graduating he went into the police academy and rose to become a detective. He still works for MCPD to this day.

Your character has been app-roved!
Primary and Supporting Characters || Named NPCS 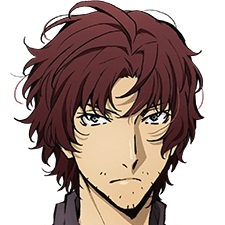 Physical Quirks: Sometimes he'll chuckle or make strangely out of context comments to himself about people.

Abilities Summary:
Shapeshifting
Physical abilities increase in the presence of fear
Fear feeding
Cannot be read by supernatural abilities such as telepathy, instead all the feedback a person will get is a dull sense of fear. Nothing overwhelming, however fear still.
Knows what people are scared of
Shadow travel
Superhuman physical abilities and senses
Rapid healing/regeneration