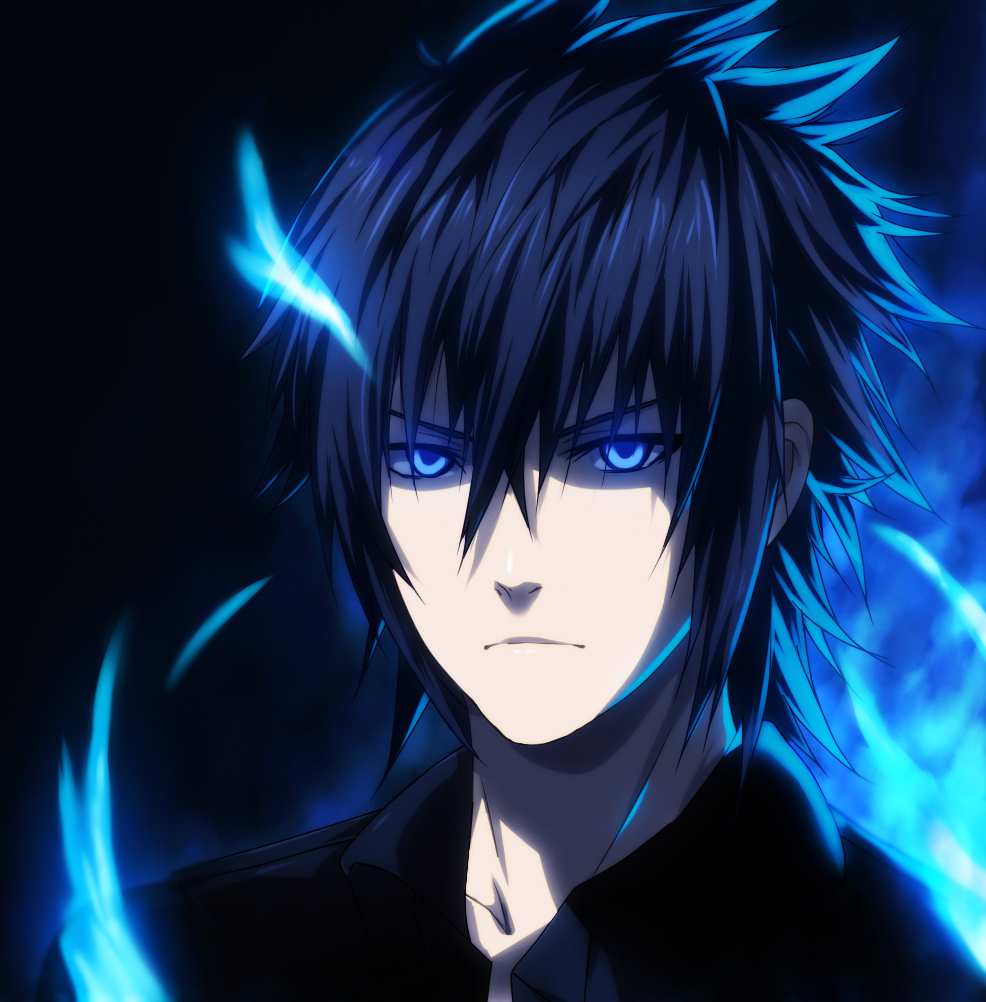 Image is Noctis from Final Fantasy XV, art by St4rburn​
He stands at 6' tall, a strong athletic build that's carefully trained, black hair of medium length that he wears loosely and dark glowing blue eyes with a skin tone that shows equal time spent inside and outside, overall he looks two or three years older than he actually is. Clothing largely varies depending on situation, dark colored button up shirts and matching pants are common, often with his favorite longish dark coat when needed, when in his home he'll often just wear sweats or shorts with a sleeveless shirt, he owns a tux and suit for certain occasions.

Aedan is an oddball by most standards, he comes off as kind and charming with that English accent to tie it all together, at least when he's able to push through his slightly antisocial habits. Yet he has many layers that few see, an odd combination of an intelligent mind with a slight military air about him, he carries himself like a soldier when out and about, a calm demeanor and sharp eyes. When at home he can often be found tinkering with any number of pieces of tech and hardware or playing violin. He likes to keep himself busy, with work and hobbies and any number of things, including a strict training regime. He's seen a lot of hardships and pain but has kept going and pushing to have a life, facing with with a strength that's paired well with his high intelligence and surprisingly charming demeanor.

His time on the island has had a lot of effects on him. He's overall flourished when it comes to education and finding work, but he's somewhat failed in building lasting relationships. Friendships seem to fade as if he's unable to build a true connection, and his long time girlfriend has left him. It's made him wonder if he's capable of having any sort of relationship that isn't temporary. He's overall questioning if eventually settling down and having a family is something he can even do.

Active:
•Ionic Blasts: He can release blasts of ionic energy that can vary intensity, from killing a fly to tearing through flesh, these blasts can be up to 4 inches by 4 inches and anywhere smaller depending on the strength of the blast. He can release the blasts at the rate of an average 9mm firearm with a blast being having the range of a 9mm, with said blasts currently only being able to come from his hands.
•Ionic Constructs: He can form solid handheld constructs out of ionic energy, they need to be non complex objects made up of a single piece, from simple tools such as screwdrivers, to mele weapons such as swords and arm mounted shields, the biggest constructs he can form are a police style riot shield and two handed greatsword, and he can only form two constructs at a time, one for each hand. The constructs are as strong as high quality steel but light enough to wield easily, thet have no special affect beyond blunt/cutting/stabbing injuries when used. Said constructs break apart and vanish when dropped but he can form them as needed and he can form one while using his blasts as long as he keeps one hand free.
•Ionic Teleport: He can use ionic energy to teleport, it's a simple line of site teleport allowing him to teleport to any location he can clearly see, so he's unable to teleport through walls and such with a cool down of about ten seconds.

Passive:
•Enhanced Senses: Some of his senses are enhanced, he can hear a quiet whisper from across the room if he focuses, see in the dark and track people/animals with his nose via scent. As a side affect he has little to no sense of taste.
•Enhanced Physicality: His strength is enhanced to where he can lift two tons and jump twenty feet.
•Enhanced Endurance: His body is enhanced to be more durable than is natural for a human, it can take trauma in greater amounts, he can take a 9mm bullet with some bruising, with higher caliber guns causing more damage.
•Enhanced Intelligence: His intelligence is beyond that of an average human, with him being able to learn things at four times the rate of a normal human.


Weaknesses:
•Food: Because of his physical enhancements and the energy flowing through his body, he requires twice the amount of food the average human needs.

Aedan is wealthy, having inherited a vast fortune from his grandfather, he's since invested in several businesses once he turned eighteen, as such money isn't an issue, however he also continues to hold a job at a security firm, which he uses to pay his bills, including paying for his apartment. 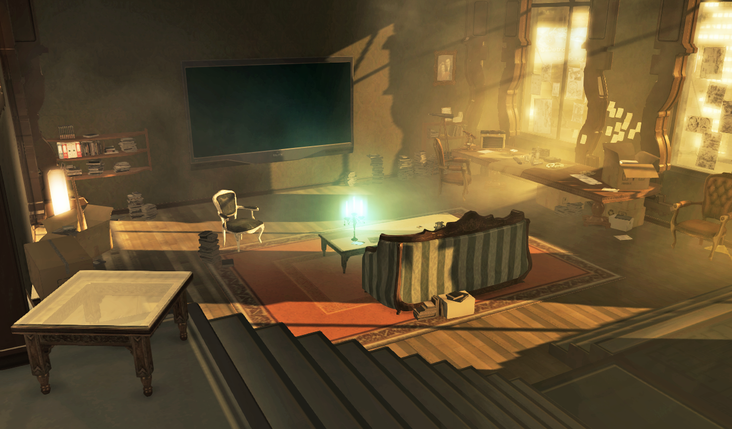 •Aedan was born in London, England; the son of a renowned scientist named Jacobi, his mother, named Anya, being the daughter of a general, as such his life was quite interesting. Moving about Europe with his family, he got to see much as his father worked.
•Growing up Aedan was always a bit stronger and more healthy than the average person, most didn't notice this but his father did. The scents and father he was took interest in this, watching as his son grew.
•Eventually Jacobi took a sample of DNA from his son to examine and study, what he discovered was remarkable. While Aedan was human his genetics were unique, containing differences that Jacobi believed held the key to curing any number of diseases. Realizing this was also the reason for Aedan's enhanced physicality he started to refer to him as a "metahuman" within his secret notes.
•While Jacobi would never experiment on his own child he did start to implement Aedas's DNA samples into his experiments. Something he'd keep secret from most.
• While Aedan remained ignorant of the events, behind the scenes things took a disturbing turn. Jacobi continued to experiment with the DNA, developing a process to enhance people with it, grant them the apparent abilities Aedan seemed to have.
•It was at this point that a man stepped forward, claiming to be a part of an organization that wished to fund and/or purchase Jacobi's findings. It's unknown how they had become aware of it, either way Jacobi turned them down, a decision that would prove to have many consequences.
•Thus organization was made of wealthy and rather selfish individuals, some with military backgrounds and others with large businesses. Their goals varied from political to financial, always working in the background, with different branches of the organization in different parts of the world.
•With Jacobi being unwilling to work woth them, the organization sent in a group of men to steal then one day while the family was out. Upon finding out what the source of the DNA was they decided on more extreme measures. Waiting until the family returned home they proceeded to murder the family except for Aedan, who they proceeded to kidnap for examination. The house was burnt down, and the murders/kidnapping would go unsolved for now. Aedan was only fourteen at the time.
•And so the organization proceeded to continue Jacobi's experiments but with a much more sinister mindset, Aedan was the focus of much of it, they wanted to know the full extent of his abilities. All of this was kept hidden in a secret base located in a isolated location in Europe.
•Their attempts to augment their employed mercenaries with the experiments proved unsuccessful, most did not survive, those that did became unstable, with any abilities they developed quickly burning out. Wanting some results from the endeavour they turned their attention toward Aedan, realizing he could be of use beyond being a specimen.
•Using brainwashing and specialized combat training methods Aedan was soon turned into a living weapon under their control. During a the next two years he was send on some black ops missions within Europe, these misions were very carefully chosen as to not draw attention. During this time Aedan's handlers gave him the nickname the Orphanmaker, as they refused to use his real name.
•They kept all this secret, with it all being something of a test run for future endeavors. They had larger desires that required long term planning, and so didn't yet want to reveal their experiments.
•Slowly the brainwashing became less and less affective, while he completed his missions Aedan began to fight through it all. Eventually the greater organization deemed the branch a failure, and began dismantling it, Aedan escaped during this and was found by veil operatives. Upon tracking down the hidden base they found it abandoned, equipment either removed or destroyed with files pertaining to their operations purged and gone, leaving little evidence, with some of the branch members even executed. Overall it was a near dead end for the investigation.
•Aedan, now sixteen, was transported to Manta Carlos, and after ensuring the brainwashing had indeed faded, he was enrolled at the academy.
•He's been on the island for two years now, healing and recovering from his experiences. He'd suffered memory issues with the memories of the people he'd hurt slowly returning, with therapy helping him deal with the trauma.
•His enhanced intelligence allowed him to graduate from college early and he found work at a security firm.

•Has a smoking habit though he doesn't chain smoke.
•Usually drives his motorcycle when he's out and about, with it being constantly tinkered to make it run better.
Last edited: Jan 26, 2019 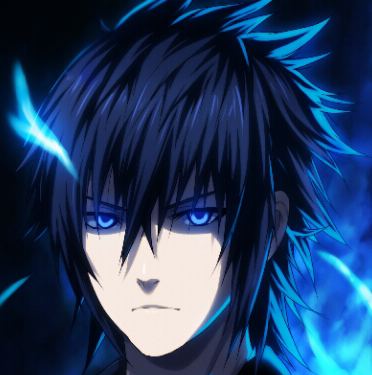 Reputation: Not much, graduated from college early, works at a local security firm and frequents a local English style pub, overall he's a bit mysterious.

ICC Image is Noctis from Final Fantasy XV, art by St4rburn
Last edited: Jan 4, 2019
You must log in or register to reply here.
Share:
Link