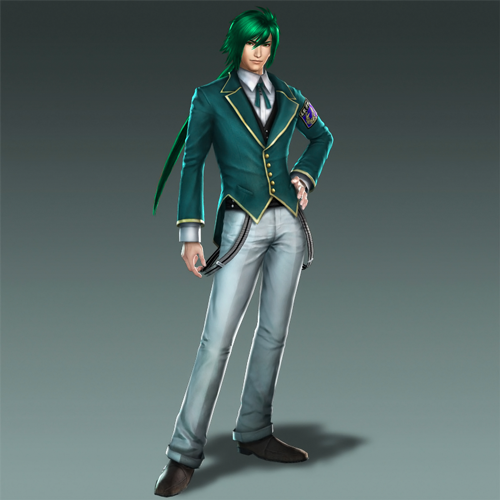 ​
Appearance Description:
Height: Human: 2.41 meters (7'11"). Sytran: 2.87 (9'5")
Weight: 82 kilograms (180.7 lbs)
Physical Build: Slim
Scales: Smooth, tinted Light Sea Green
Hair: Light Sea Green. Aquamarina in Sytran form
Eyes: Forest Green
Oddity: He actually has hair on his head and going down his spine and tail when in Sytran form.
Scars: An upside-down W scar on the back, between his shoulders. In his Sytran form said scar is slightly less visible, but the scales have grown slightly off-pattern around it.
Clothing Preferences:

Personality Description: Yvarn is a curious and kind lizardman who spends most of his time studying and some of it trying to have some fun around, so it is hard to feel bored around him and quite easy to pull him around to do something one might consider fun. Just don't try to drag him into anything illegal. It's impossible to tell what he likes or dislikes in terms of cuisine, except for his undeniable love for apple stuff, but when it comes to personal taste... Flying is one of his preferred ways to pass the time, and he is not a fan of people who either shady stuff or are serious all the time, but he is a huge fan of shows oriented for teens or children.

Resources: Aside of what the school provides, he has an intergalactic communicator to stay in touch with his parents and retains his Sytran documents (which is a clear plastic-like display that auto-updates his status).