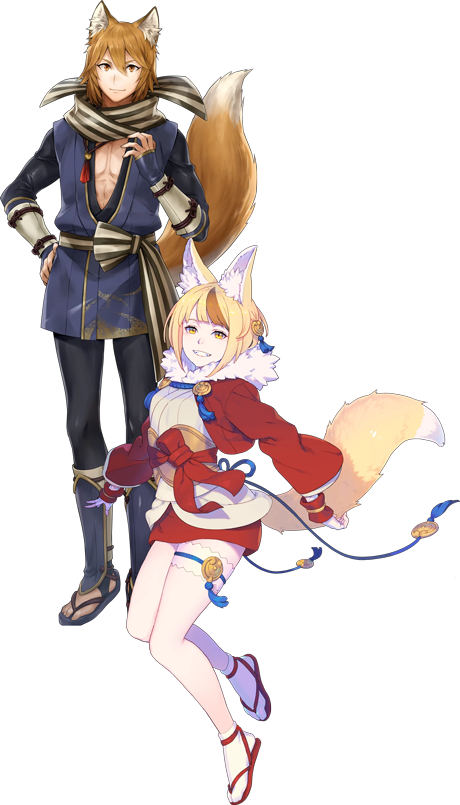 Personality Description:
Soosei can be better described as a lively kitsune with a slightly flirtatious behavior, albeit for nothing more than tease most of the time; a kind deity wiling to help any and forsake her own wealth for the sake of others, or help them in their unattainable desire in an attempt to make it attainable; and a remarkable talent to all kinds of manual skills.

Her tastes comes to classical and traditional music being on the top of her list, as well as traditional cuisine, meat, and sweets; meanwhile things that displeases her are heavy metal and any offense to their cooking, and the sound of fire trucks causes her severe discomfort due to an incident in her past that caused some trauma.

Resources: A custom-made stand to sell her manju at the park, simple residence in the forest, and little money.