Appearance Description: Shir currently stands at 5'9" excluding his feline ears. And yes, feline like features, most notably his ears and prehensile tail. His hair is also long and thicker than one might assume at first glance. He also sports sharp fangs and retractable claws on his hands and feet. In terms of dress options he tries to stick with whatever the other kids his age happen to be wearing so long as it’s not too stupid. 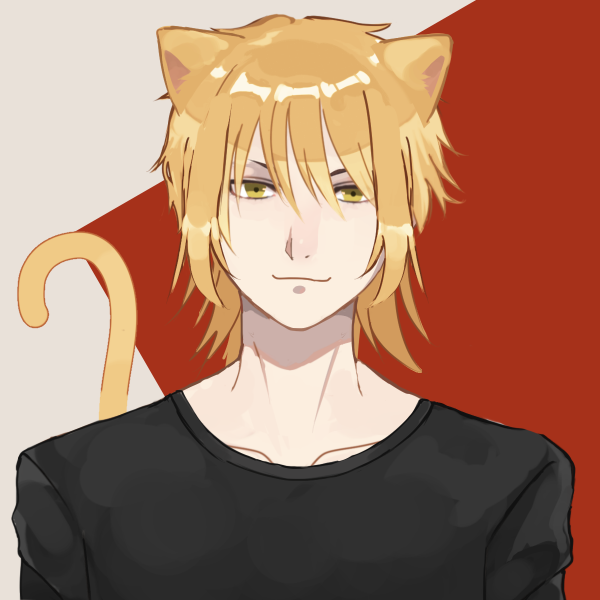 His natural lion form is well, monstrous to put it nicely. At least in the face, body, and hind legs he's lion-like. He's roughly ten feet tall. His front legs are covered in thick fur and hard armored scales. His tail ends in a sharp point and is features similar scales to his forelimbs. 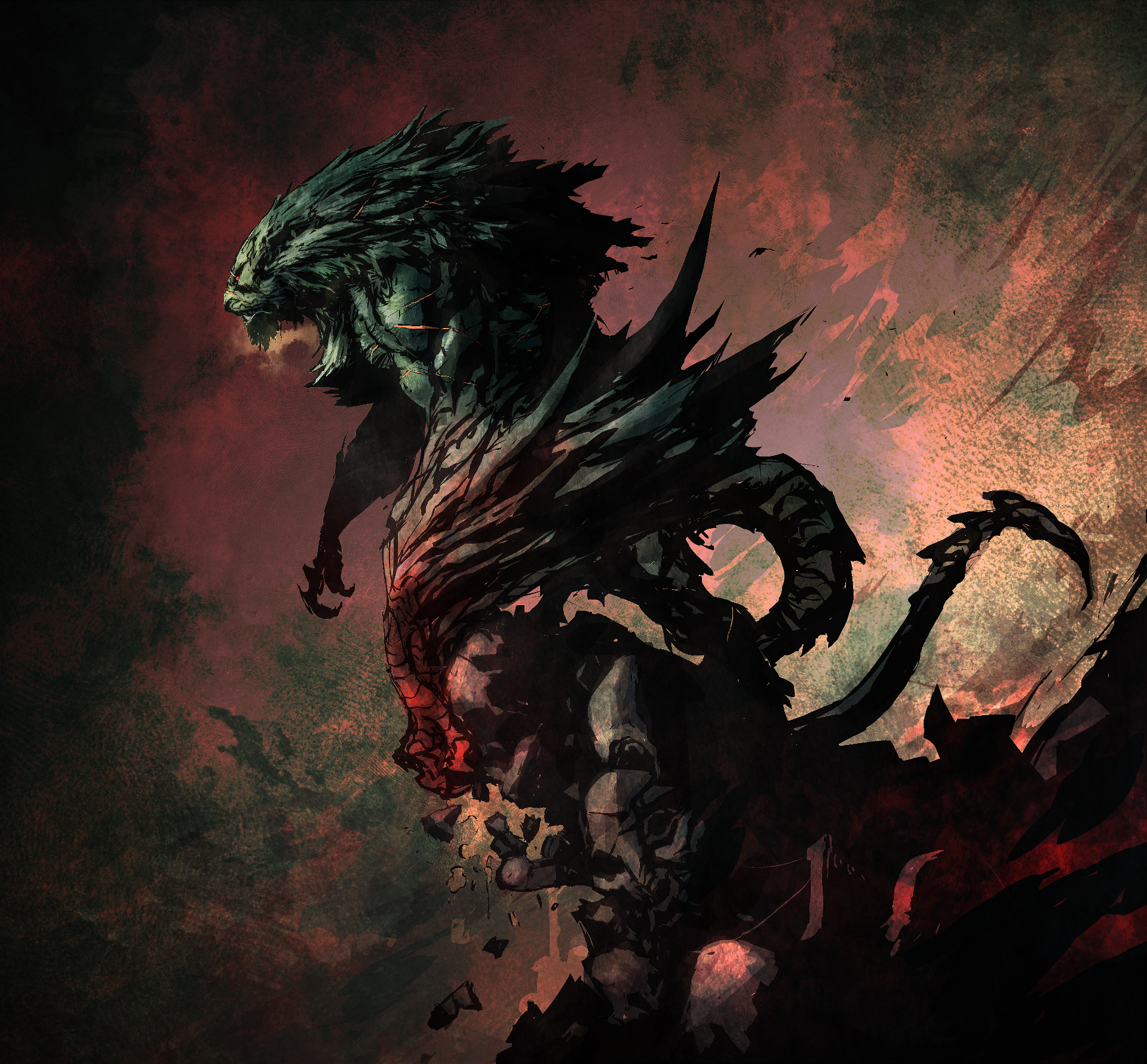 Personality Description: Shir is in the middle stage of playful cub and rather dignified adult. He has a tendency to act overly confident most of the time in an attempt to mask any flaws one might perceive because of this. He is a lion after all, what kind of lion is unsure of himself? He’s Sort of a generic happy go lucky best friend type, really. That guy who bugs a new arrival out of the blue at the beginning of the year. So yeah, he’s a decent friend. Sometimes he runs his mouth off a bit too much and that can get him into trouble.

Active Abilities:
Shifting: Shir is able to shift between his lion and human form.

Passive Abilities:
Invulnerability: It’s really the signature ability of his species as a whole. His skin and fur has a durability that rivals dragon scales. As such the are extremely resistant to physical attacks from ordinary weapons. He’s also fire and cold resistant. He’s also not as conductive to electricity. He is still susceptible to things such as bones breaking at the joints, suffocation, and strangulation(like the myth). Shir is still susceptible to psychic based attacks as well as magic spells. His natural toughness extends to his claws and fangs as well, as they themselves are capable of rending steel. The claws are also capable of tearing through his own flesh as well. While high grade mundane weapons are needed to pierce his skin, divine and blessed weapons can pierce through his skin normally. Similarly, elements that have been blessed in some way can also harm him in a more conventional capacity.

Physique: Shir has the senses of a lion and enhanced reflexes. Similarly, he’s able to jump 40 feet in human form, and 60 in his lion form. In both forms he can run up to 70 mph. He can lift one ton as a human, and two in his lion form. Shir also maintains retractable claws, and sports elongated canines in his human form.

Resources: Lives with off campus with his parents, gets an allowance as well as bonuses for watching his younger siblings.


Biography: Orphaned and abandoned with only his name when he was still an infant, Shir was taken in by a family of werecats. It was no secret that Shir was in fact adopted, his family all took on the forms of house cats and were proficient in sellcasting whereas he had no apparent abilities outside of his abnormal strength and durability as well as his lion form. His parents and siblings still loved him nonetheless. Eventually, researchers caught wind of the family and attempted to capture them for study which resulted in a rather narrow escape on their part.
They spent the next few months effectively on the run until a scout pointed them in the direction off Manta Carlos. After finally settling in, Shir has enrolled at Starlight Academy as a freshman along with his other siblings.


Additional Information: Has 3 younger siblings and one older sibling in college
Loves soccer and barbecues