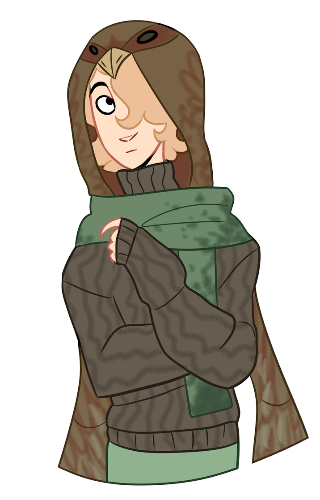 5'6", slender, and fair-skinned, Sascha appears to be fully human, a mostly average young adult. His messy dirty blond hair is around chin length and he has wide, dark eyes and a smattering of freckles on his face. When around people he generally comes off as somewhat shy or distracted. A quiet person, Sascha speaks softly when he does talk, with a noticeable German accent. Style-wise he likes warm, woolly sweaters and scarves in neutral, earth tones - cozy clothes he can snuggle up in. 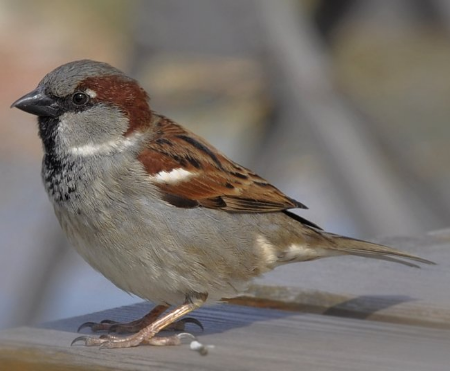 Photo of House Sparrow from Wikipedia

Personality Description:
Sascha is mentally adult while also being incredibly naive, unused to the ways of the world. He only has about 5 years of experience, most of that with a child in an orphanage or hiding out in the forest. As such he has a soft spot for small children. The familiar is generally sweet, innocent, and quiet, somewhat childlike himself. Due to the telepathic bond he maintained with his witch and the fact he never really talked to anyone else, Sascha is selectively mute though he is fully capable of speech.

While still dealing with a lot of grief from losing his former witch, the familiar instinctively wants to find a new witch. He does know how to live independently with regards to physical needs, but emotionally he feels incomplete on his own. Mostly he keeps his sadness to himself, but he will have occasional crying spells or moments where it hits him that he's alone in a strange country.

Although Sascha's not used to interacting with other people directly, he still enjoys being in the midst of a crowd. He likes bird song, choral music, and white noise, and is somewhat uncomfortable with silence. The familiar likes being around people, but he prefers to be out in nature rather than cooped up inside, and some of his favourite pastimes include tree-climbing and plant-gathering.

Active Abilities:
House Sparrow Transformation - Can switch instantly from human to sparrow form and back. He retains his mental capacity and abilities but is otherwise an ordinary house sparrow. Can't talk in bird form but can fly.

Familiar Bond - Two-way telepathic/empathic connection between familiar and witch - they can share thoughts and emotions mentally at any distance, but they consciously choose what to share. Always aware of each other's location. Only one bond can be formed at a time. Sascha creates bond by concentrating and maintaining physical contact with a willing, living sapient being for five minutes straight. Bond broken by death of either party or rejection of the bond by the witch (rejection also requires five minutes of concentration by the witch but not physical contact). Cannot rebond with same person after breaking of bond.

Familiar Spirit - When within 100' of his witch and in bird form can become intangible (along with anything carried in his beak) at will. Only to inanimate objects. Only 30 seconds at a time with a minute of rest in between.

Simple Language Charm (German) - This is the standard language charm provided to most characters. It translates a characters mother tongue into English, and allows them to hear English as their mother tongue.

Magic Sense - Within 10' can sense if someone/something has magic and the general type (holy/elemental/shadow/life etc.)

Familiar Magic Boost - Within 5' of his bonded witch and awake he acts as a sort of magical battery. His bonded witch will use his energy first when performing witchcraft. He'll become tired and feel any energy drain or other side effects, within the same limits and with the same recovery time as the witch would without him. If he gets out of range or becomes unconscious his energy will stop being used.

Natural Wisdom - Mentally adult at creation with enough knowledge to survive on his own. Fully literate/fluent in German. Also has instinctive knowledge of herbs/plants, enough to know which are edible/have healing properties/are poisonous. This only includes non-magical plants native to earth. And he knows basic first aid (for humans).

Weaknesses:
Sickly - Catches a chill easily. Physically frail, about half as strong as an average male of his size. Prone to headaches and general achiness.

Biography:
Sascha is actually only about 5 years old, a gift to a young witch at her birth. It was intended for him to grow and learn with her and to be her connection to natural magic. So even though he started off already mature, his instincts were mostly for survival, witchery, and protecting his witch. However, things didn't go as planned and when his witch was still an infant they were both left on the doorstep of an orphanage in a small town in Germany. Sascha stayed in sparrow form for the most part, the orphanage caretakers not realizing he was anything more than a normal bird or that he was connected to the infant witch. He would only take human form when no one else was watching, but he was in almost constant mental communication with his witch, not that she could understand much when she was just a baby.

Unfortunately the young witch was very ill with a congenital disorder and died when she was 5. As Sascha had done a good job keeping himself secret there was no one else who knew about the familiar. When Sascha attempted to reveal himself after his witch's death he was thought to be insane and taken by the police for his own safety. The scouts made contact with him shortly after and brought him to Manta Carlos.

Even though he's technically an adult the familiar is so far behind on social interaction and basic education that he was enrolled in remedial classes at SA. Sascha, bewildered by most of what had happened, suddenly witchless and in a completely new environment, is just trying to adapt, hoping to find a new witch on the island.

Resources: Living at school and receives a small allowance from them. Mostly gets his food via foraging. Working part time at Wicked Wicks.

Looking for a witch.