Species: God – God of the Winter Solstice (Known by some as Yule) 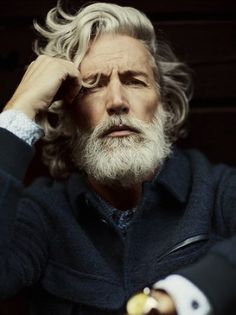 · Patient and understanding (normally)
· Very knowledgeable and wise
· A very good intuition
· Great sense of humour
· Helpful
· Can be very opinionated
· Somewhat gullible – believes even bad people have goodness in them
· Very stubborn at times
· For some reason around Christmas, he has no sense of fashion... all his elegant clothes go out the door to be replaced with Christmas sweaters, and red or green corduroy trousers.
· Sometimes embarrasses others without meaning to

Note: As he is the God of the Winter Solstice his powers and intensity are directly linked to the Christmas season where they are the strongest – and for some reason, probably due to the Moon and Seasons, as it’s all related, his abilities/magic is also heightened (for 48 hour period) around the other 3 solstices.

· Can fix (with and without magic) any inanimate object. He can usually do a handful of items (he likes toys) a day if he uses his magic, and a few toys a day if he doesn’t.

Noel has a passion for fixing broken toys and making them like new – he loves to see people happy, especially children. This magic is strongest between December 1st and January 6th, during that period he can fix as many toys as he wants.

·Noel can also make it snow wherever he is. The snow will fall in about a 100m radius around him enough to make snowmen and have snowball fights. The snow will magically last for one day and one night. This ability is strongest around Christmas time, from December 1st to January 6th, and during this period the snow can last for a few days.

· He can magically turn ordinary food near him into something festive and delicious. This magic is also strongest around Christmas time – and can triple itself. Example, one simple apple pie can become three wonderful apple cinnamon strudels.

Same as above, the power and intensity of his magic are related directly to the Christmas season…etc…

- Noel is immortal and no human disease can affect him. He can, however, suffer sprains or bruises but those will heal within hours.

· Noel can sometimes tell what a person most desires if that desire is pure and true when he touches them. Often wears leather gloves, especially at Christmas because this sensation intensifies to the point that it irritates him because he can feel both the bad and good desires at times.

· On December 24/25, Noel can hear and understand animals as well as see and communicate with the dead.

· Loves peppermint, gingerbread cookies, and other Christmas related spices…During the Christmas season though, this like becomes a need and he requires them every day or he’s irascible and hard to deal with.
- Around Christmas feels compelled to hum - almost annoyingly - Christmas songs.

· Noel appeared from the nowhere like many gods do. He has no recollection of how he became the God of the Winter Solstice, he just knows that he is.
· He enjoys making people happy. Happiness would be his end goal if he had a goal in life. And so, when his magic is the strongest, he tries to make people feel as happy as possible.
- Noel has been married many times. He is happiest when there is a Mrs. around to shares his vision of the world. At the moment, he is single - but always looking for the special one to share his eternity with.
· He decided to become a teacher simply because he was bored, and sort of fed up with the nonsense that mortals believed about the gods.
· Ended up on Manta Carlos sometime in the early 1800s, he was searching for the Goddess of Summer, who had decided to take a prolonged vacation that may have resulted in the Year without a Summer in 1816. It was a disaster that affected the Northern hemisphere severely. During his visit, he fell in love with the island and decided to stay.
- His first wife, Aslog, who he adored, committed suicide just a short while after they were married.

Resources: Noel has a toy shop as well as a tiny home with a garden.