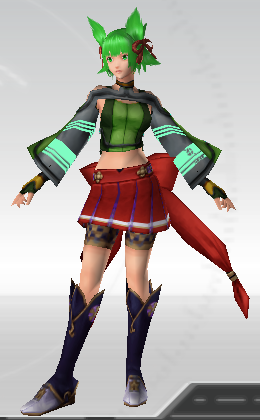 Made with Phantasy Star Portable 2 Inifnity 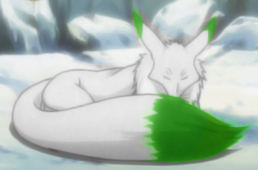 Personality Description: Half amnesiac and half not, Neon Moth, known by his online handler NEON蛾 and among friends as just NEON (online) or Neon (offline), has a mischievous personality that often goes towards small tricks and shenanigans, taking full advantage of his nature and abilities to just do what he pleases, as long as he doesn't go overboard. This is a reflection of his persona in online games, where he often tampered with his character's appearance, used illusionary classes and spells and lured low level players into monster dens.

That's all he remembers of his online life. Ever since the incident, he forgot his likes and dislikes, even his fears are obscured to him. But we won't be keeping it hidden, right? Neon has a thing for soy-based products, something that contrasts harshly with his in-game persona (who was more of a junk food eater), really loves toying with others when he has a chance, and sleeps outdoors often, things he does without noticing how it connects to his real self. If there are things Neon hates is having to resort to junk food for more than two meals and warm juice, he finds it so dull that he'd rather eat nothing. As for fears? Well...

Yes, that is right, he fears dying without knowing he already did once. Good luck explaining that to him.

In a snap of fingers (or usually a back flip, when it comes to changing to/from fox form), Neon can change forms and appearance, able to shapeshift even clothes to match his desires and even copy another person's appearance, based on what he has seen. This comes with a few limits, such as him being able to imitate looks but not one's strength, powers or weight. To give an idea of the absurd extent of this power, he can even transform into a van or a ten meters (33 feet) long snake! Of course if he turned into a snake he couldn't possibly crush or poison someone, and as a van he couldn't ram someone.

While in fox form, Neon can run up to 100 km/h (62 mph).
Neon's pocket dimension, about two dorms big and everything in there seems to be stuck in darkness, except for a neon glow outlining them in the respective colors. Think of its visual as "what happens when you run a photo through Adobe's Neon Outline Filter". To open a path in there he draws a torii on a surface with his finger, creating a dark gate that leads into it. That same gate can be opened from within, therefore no one is trapped in there, and even blockades on the other side will have this gate projected on it for whoever is inside to leave.

Only one gate to enter can be set at any time, and any gate to leave will disappear if no one else is within. The Neon Dimension defines "someone" as "any living being", so plants and animals counts, and even undead do for some reason. Not a bad place to live in though, one has pretty much anything they need: food, drinks, bed, books... And all is visible in there, regardless of lack of sight.
Neon Moth is capable of producing optical and auditory distortions (illusions) by snapping his fingers and spreading a dust, or breathing out such dust in fox form) that bends light and sound within an area of the size of a classroom (or for more specifics up to 10 meters or 33 feet as long as he is within range) to his will, giving the impression more people are in there, or no one is in there, or that there's a huge fire about.

This ends up causing a clash of information similar to how VR goggles works: you can see and hear things that aren't real, but as soon as you try to touch it you realize it is not there, and the brain starts to assess it is not there at all, allowing the conscious to either ignore or accept the illusion afterwards.

Half an hour after use, Neon needs to either apply it again or simply ignore and move on, as the dust will settle down and vanish afterward.
This is Neon's capability to drain a person's spiritual energy to varying degrees, as a way to refuel his abilities once spent and rid of exhaustion that neither sleep nor physical nourishment can provide. The absorption happens via prolonged physical contact if he so desires, usually a kiss or hug should do, but simply pinning someone down or being held in place by his victim should do. Those who have had their energy drained will feel lethargic for a varying period of time depending on how much spiritual energy he has drained.
By crafting a threads of glowing blue silk-like substance from his hands or paws, Neon can connect to living beings or electronics, even if they have no I/O connectors, just connects anywhere. Once connected to something or someone, a virtual interface in the form of a holographic screen and keyboard appears in front of him, and the threads that are connected will slip from his fingertips to his wrists instead. This grants to Neon access to data contained within them, and even the ability to transfer these to a physical media like a SD card or HDD, however there are restrictions to consider: