Human form:
Ivy has a similarly eerie facial likeness to her mother, Ivanka Stepanov except she has green hair and emerald green eyes. Bodywise, she is somewhat shorter than Ivanka, standing at only 6'2 feet.

Ivana has lightly tanned skin, is curvey in the right places and is fairly well-toned, muscular.

She also, when not in uniform, likes to dress down in combat boots, leather jackets, with leather bracelets and ripped jeans and t-shirts. She also sports various tattoos all over her body. 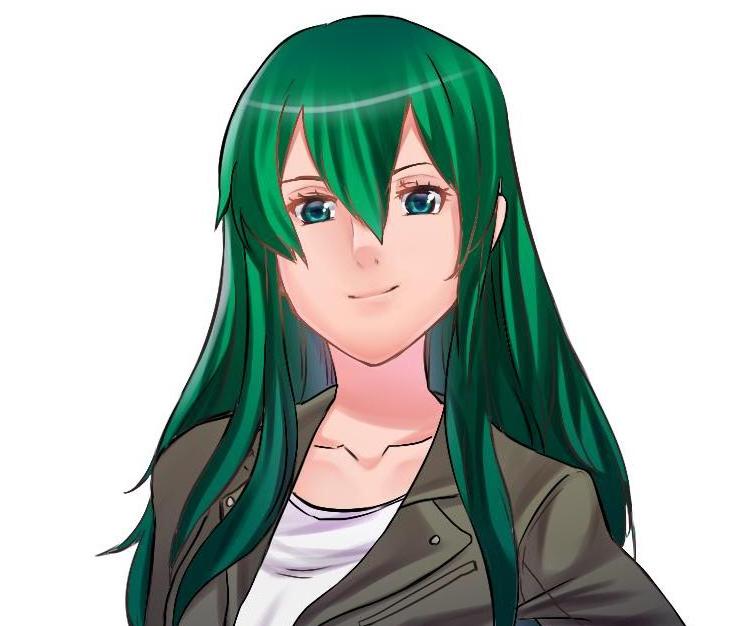 Commissioned by me by: https://artistsnclients.com/people/AinemsWork

Dragon form:
Ivy's dragon form is a large beast the size of an elephant with a muted camo green coloured hide and white underside that has tiny interlocking chainmail type scales. Ivana also has four huge wings and a gemstone, a Tsavorite (garnet), in the middle of her forehead. 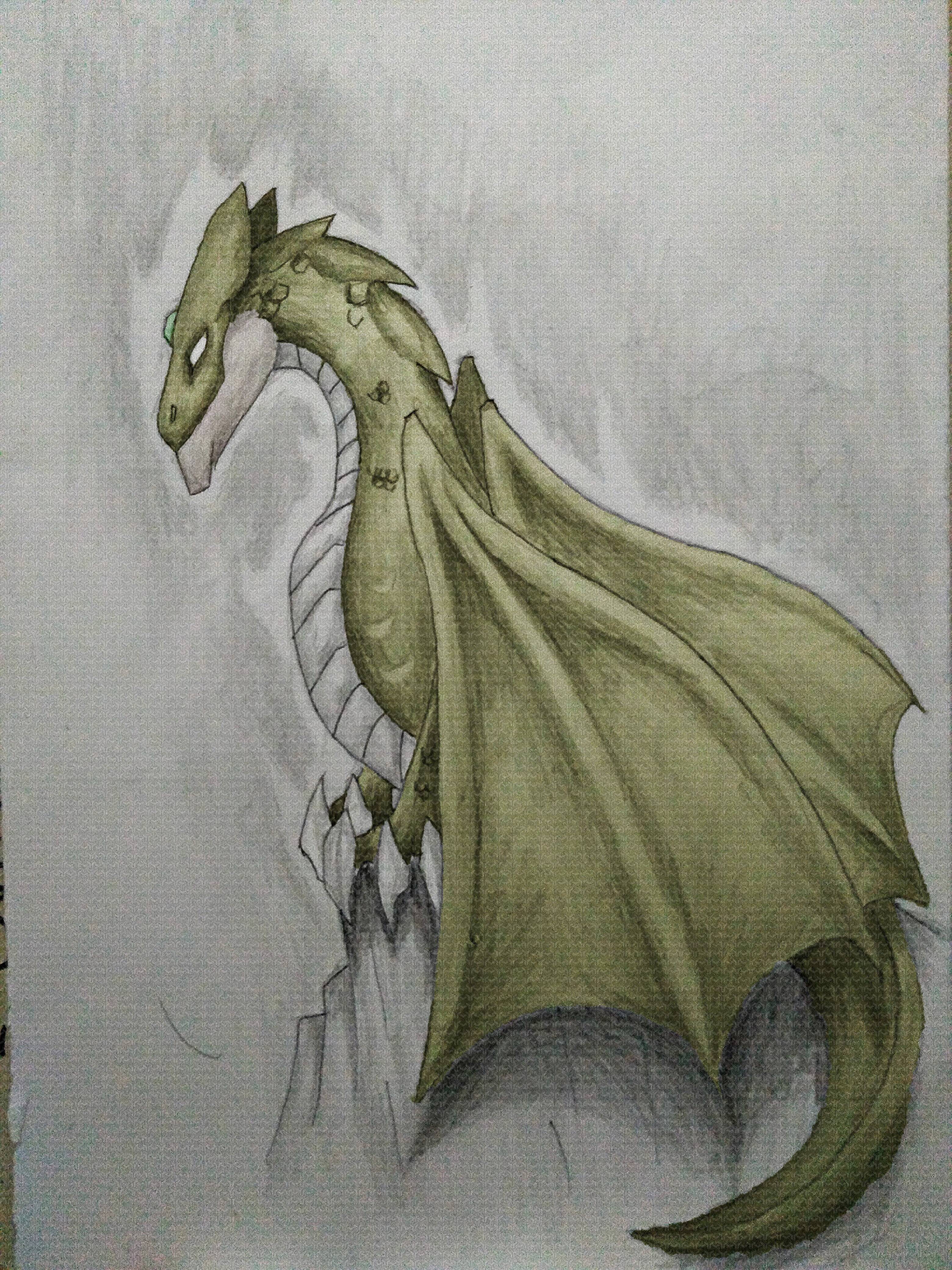 Commision done for me by weirdnerd
Personality Description:
- Strongwilled
- Professional
- Friendly
- Intelligent
- Great sense of community
- Workaholic
-Can be overbearing
- Expects total loyalty from those around her
- Serious

Ivana cannot actually breathe fire. However, she can absorb heat - like extreme heat from fires - and turn it into warm water or steam that she can breathe out. It was a power she found to be rather useless - unless you were doing housework or cleaning - until she decided to become a firefighter a bit later in life.


Shifting Dragon
Ivy can shift between her human and dragon forms. She can partially shift her draconic features such as wings, claws, limbs and tail as either their full versions of her dragon form or scaled down to human size versions.

In Ivy's human form, she can lift and carry comfortably just over 500 kg for the max distance of 150m. Anything less with goes in function of the weight of the object. She can also run up to 85 km/per hour. Her basic senses are also enhanced as she can smell, see and hear on par with a feline's which tends to be 15 times better than a human's.

Ivy is also immune to fire and heat and is generally unaffected by smoke.

Ivy can fly, and her scales are fireproof as well as hard, but not impossible, to penetrate. She can resist normal cuts, stabs with items like a dagger, and small caliber weapons.

- Ivana was born into the Valdur clan, and is one of Ivanka Stepanov's children. Because her mother was basically uninterested in her children, she was raised by her grandmother and by various nannies.

Ivy had a fairly normal childhood as medieval dragon families go with female dragon's being seen as a way to foment ties through marriage and build up the clan. Not wanting any part of this - and probably due in part to what she experienced with her own mother - Ivana left the clan just shortly after her 16th birthday.

Since then she has lived and survived as best she could as a maid, a shopkeeper, a lady's companion, a teacher, etc. Never wanting to call attention to herself if possible. In fact, in the very beginning, she disguised herself as a young boy and trained as a knight's servant boy.

When the late 1800s rolled around, she joined - as a young man - a group of firefighters in France.

It wasn't until after WWII that Ivana reencountered a family member (one of her brothers) and was told of a mysterious island called Manta Carlos. Deciding that it sounded almost too good to be true - if it existed -, she actively sought out information about the island or someone who could take her to Manta Carlos, or who actually knew where it was.

And after a decade of searching the globe, she finally found another dragon who knew where the island was and agreed to take her there.

Once on the island, she enrolled in school, taking odd jobs to support herself until she could eventually take up her love of fire fighting again, making her way up the ranks to fire chief.

Resources: A loft apartment, money in the bank, a motorcycle. She lives comfortably on her wage as a firefighter/chief.

Image Credits
Commissioned by me by: https://artistsnclients.com/people/AinemsWork, dragon form commission by weirdnerd