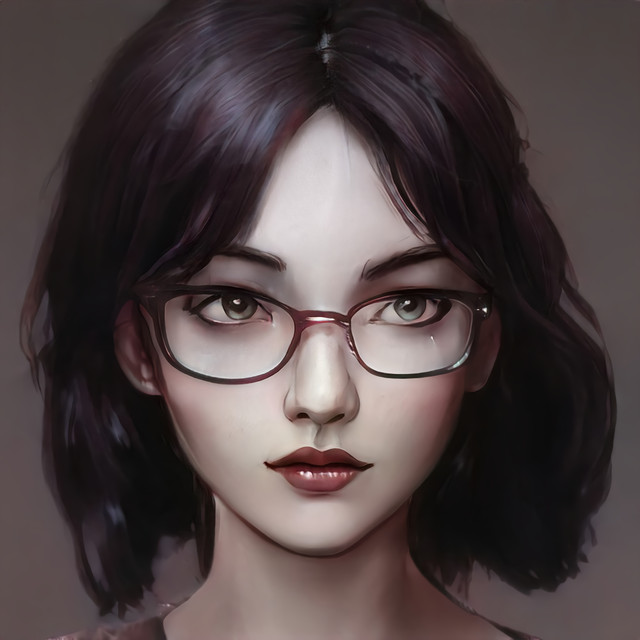 "Cris" | 23 (43) | Nov 8 | Female | Vampire
Citizen | Detective
appearance
Black hair of about shoulder length, frames a face adorned with glasses. Behind the glasses sit a pair of calculating rich brown eyes that offset her otherwise soft facial features. She would stand at about 5'5" if she was not wheelchair bound with a build of about 120 pounds. Plain long pants and t-shirts or long sleeved shirts with "MCPD" on them are her usual attire.

personality
Cris is known for her attention to detail and brutally fair decision making. She's seen as somewhat of an outcast by other vampires because of how well she took to and adopted technology. She tends to be a bit quiet while analyzing situations before speaking. Very calm and collected, it is tough to rattle and get under her skin.
active abilities
Traces left behind
Focusing on a 20 foot circle around her, Cris is able to pick up and identify DNA and fingerprints left in an area as old as 3 days. This can't tell her who or what it specifically belongs to, but she is able to tell matching or different strands apart from each other.

The chair
Being bound to a wheelchair for the better part of 30 years, Cris has devoted a large amount of her income into the customization of it. The electric wheelchair has a built in computer, that has the capabilities and processing power of a lab computer to run analysis on scene, as well as connectivity to the MCPD's database. Retractable emitters for an interactive hologram give her access to the computers capabilities. Simple things are also included such as a retractable sunshade to protect her when she needs to be in the sun during the day, and a small container that houses blood packets for emergencies.
passive abilities
Advanced Healing
Cris is able to heal at twice the normal rate of humans, regardless of how much blood she has or hasn't ingested.

Immortal
She has stopped aging and will never die from old age.

Sunlight
Direct sunlight acts as it would to skin being close to a high heat source. Extreme pain and eventually charring of the skin and tissue.
biography
Cris had a childhood that was as ordinary as it could get. Friends, loving family, not a care in the world. That lack of care would eventually change her life.

One day, while playing out in the yard, Cris was climbing a tree with her friends. The branch she was on snapped while she was trying to reach the next branch and she plummeted towards the ground. Her fall was slowed by another branch, but that was also the branch that broke her back before landing on the ground.

Many surgeries and days of physical therapy couldn't bring back the use of her legs. She struggled through schooling while needing constant attention for her back. Finally, infection set in after a botched surgery and threatened to take her life. Her parents spent everything they had saved and then some to try to save her, but nothing the doctors tried helped.

That was when a man came to visit her. She now knows that man as an old vampire. He offered to turn her to save her life, but she would have to leave the life she knew. Thinking about it, it only made sense. Her parents would be better off without her, while she could still live. Cris took the deal and became a vampire that night. While still not regaining the use of her legs, she was alive.

The next 15 years she spent studying and acquiring multiple degrees while moving from place to place before settling down on Manta Carlos and becoming a Detective.
resources
Cris lives in a nice 2 story townhome that has been specially equipped for her wheelchair.
additional info
Cris holds multiple degrees in everything from Psychology and Sociology, to criminal investigation, criminology, and law. She is well known throughout the MCPD and government sectors. They have even given her the callsign of "Central" because of how eagerly she jumps to run and organize larger criminal investigations. Cris has a knack for remembering and organizing data and facts. It is nothing extraordinary but is very likely on genius level human intellect.