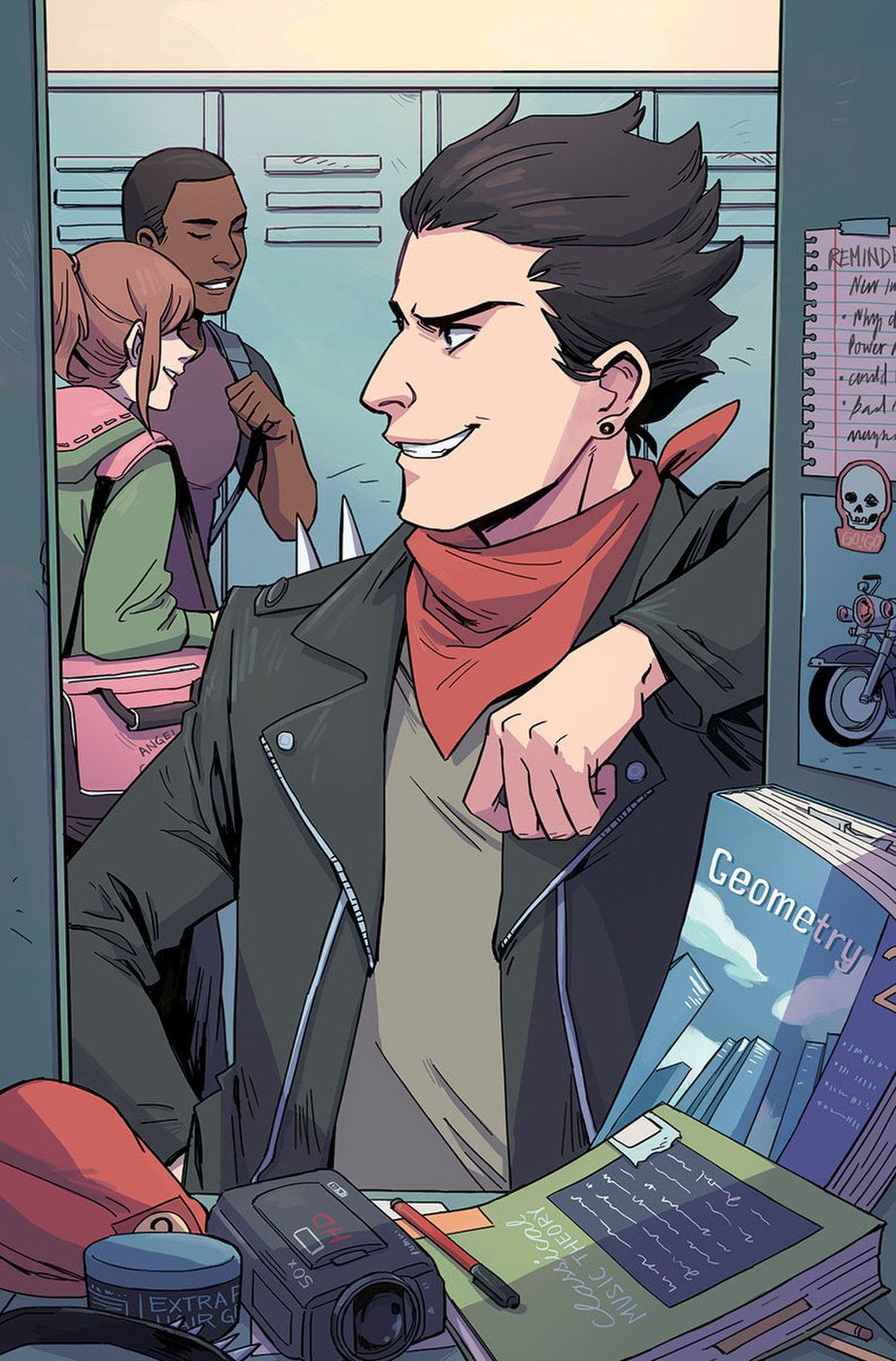 Appearance: At an immediate glance, Barty stands out completely from his old-money family. He's around 5'11 tall and more on the lean side, but definitely fit and active looking for his age. He has dark eyes and short, spikey black hair almost constantly slicked back.

His general aesthetic is very punk, lots of dark colours, leather, spikes and chains. He also has several piercings in his ears and his tongue.

His hybrid wolf form is essentially just a bipedal wolf. It's tall, lanky, and covered in black fur that's somewhat thinner than average.

He still manages to keep the slicked-back hair looked when shifted, much to the befuddlement of the rest of the pack.

Personality: Despite his look, Barty is a lot more 'energetic puppy' than wolf in terms of personality. He's easily impressed and easily excited, with a tendency to butt his nose into anything he finds mildly interesting. He has a competitive spirit which occasionally rears its head, especially during physical activities, but also lacks the aggressiveness one might expect from a werewolf, due to being somewhat conflict-averse in nature.

Barty was born to a mother who'd been married into the Blake pack, though due to complications at his birth she passed away before he got to know her. His father, who apparently saw something "womanly" like child-rearing as beneath him, ended up giving Barty a lot of independence. Much of his childhood was spent being looked after by nannies and other caretakers, with his dad only stepping in whenever he got particularly rowdy.

This suited the young Barty just fine. Even if the lack of attention from his father stung, it meant he got away with a lot of childish shenanigans he didn't usually get to enjoy while his father was paying attention. It also meant, despite his father having the more traditional views common of the Blake family, Barty was, for the most part, spared a lot of that nonsense. His current punk was less due to a desire to rebel and more because he thought it looked cool, which his father begrudgingly allowed it as long as he didn't embarrass himself in front of the rest of the family.

When news of the Death of Magic reached the Blake Family, Barty was one of the younger members who were in favour of moving to the island, though he was ultimately too cowardly to do anything about it. He's grateful to the current alpha for taking over the pack and moving them all, but hasn't really stopped kicking himself for how little help he was during the process.

Still, the move was an exciting one for him, the island had so much more to experience that he never would have if they'd stayed on the family estate, so he wants to make the most of it.

Resources: Lives in his families communal home and is provided for by his father.