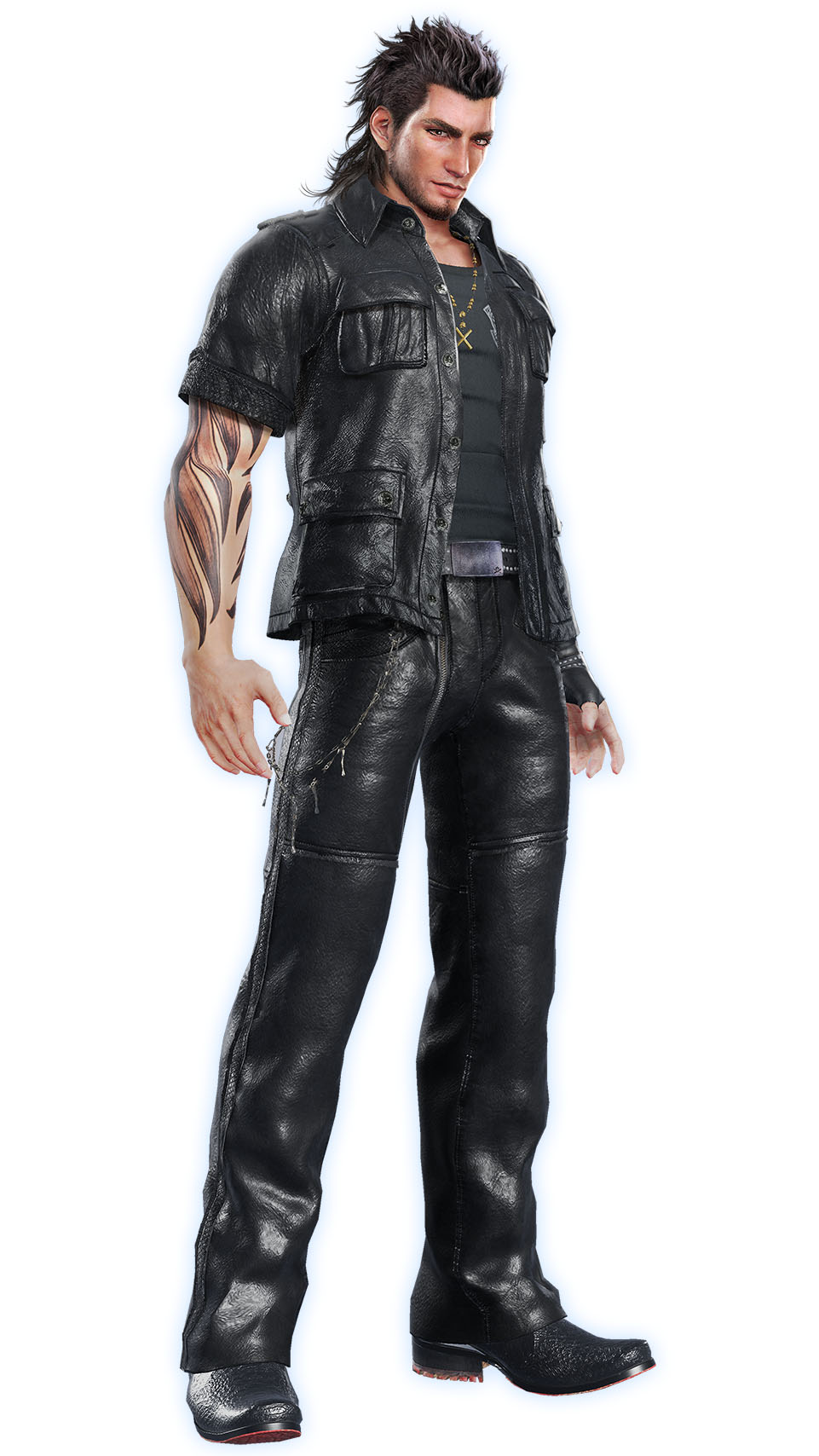 •Stands at 6'5 with a muscular build. He has long black hair kept tied in a rough ponytail. He has brown eyes, a scar over his left eye. His body is largely covered in tribal tattoos, with the exception of his head, hands and feet. His clothing is largely black and leather based, including a black shirt with a black short sleeve jacket with matching pants and boots. 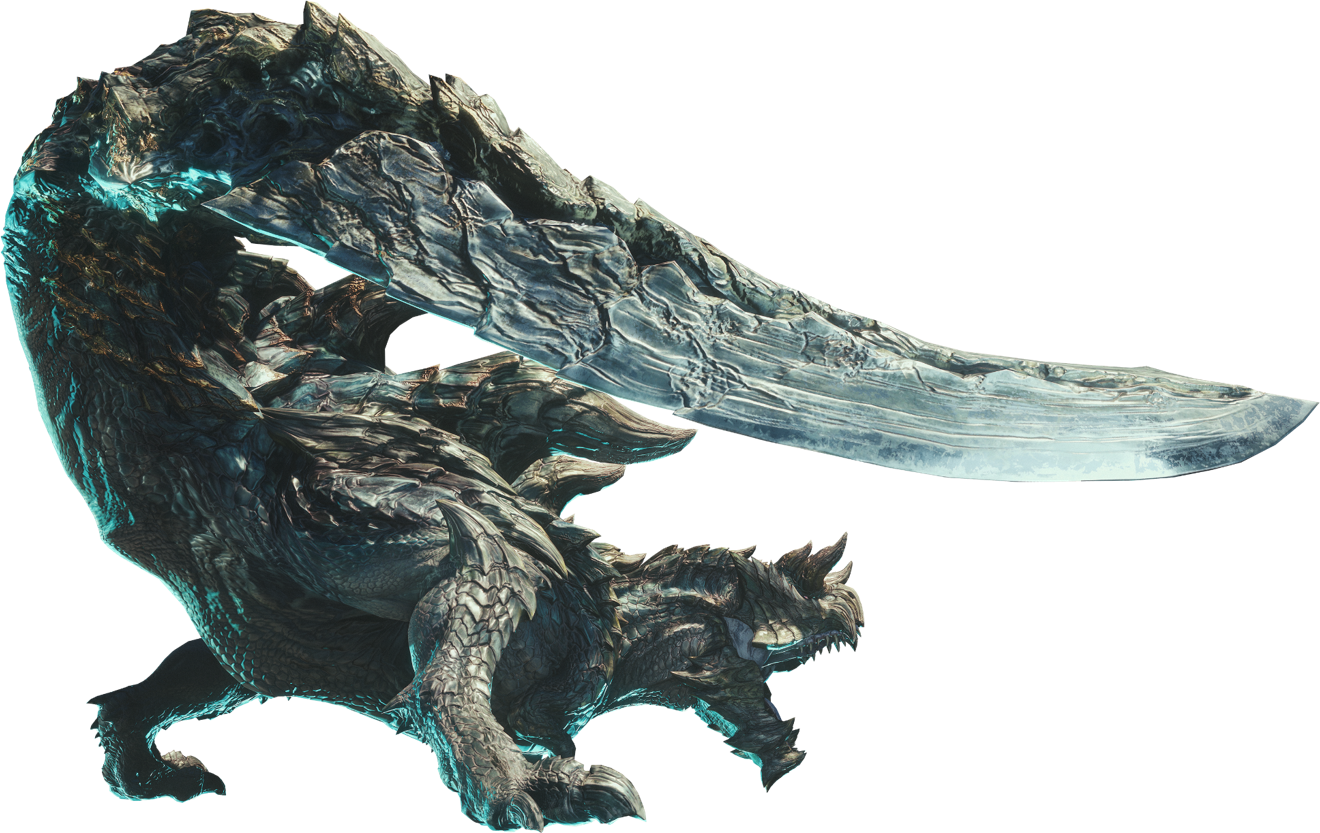 •Size varies from 7' to 200' tall. Has a dinosaur like build, a sword like tail covered in blueish grey scales, has spikes on his back and horns on his head.

•Aethedan is an ancient being, he's seen a lot and experienced a lot. He comes off as kind and even has a playful and flirty side. His long lifespan has given him a good amount of patience, though when truly angered it's a rather nasty sight. He's a bit lost in the modern world, he's had five years to adapt and learn but the number of changes are proving somewhat difficult.

Active
•Kaiju Form: He can shift into a reptilian monster form. He can alter this form's size, with it varying from 7' tall to the full 200' tall.
•Napalm Blast: He's able to release blasts of fire that acts similar to napalm. It can get hot enough to melt metal.

Passive
•Physical Enhancements: While in his human form he can lift and carry four thousand pounds as well as jump twenty feet. He's durable enough to take 9mm round with a bruise. His strength and endurance increase with his kaiju form to match its various sizes.
•Immortality: He's completely immortal, he no longer ages and if killed he'll reform a week later. Injuries heal at an accelerated rate, with cuts healing in hours, broken bones in a few days, limbs in a week. He's immune to toxins and diseases. He's able to enter in a state of stasis for long periods of time, allowing him to sleep away hundreds or even thousands of years. He is completely fire proof.
•Omnilingual: He understands all languages and when speaking to others they'll hear him speaking in their native language.

•The being that would become known as Aethedon doesn't really know where he came from. He remembers being a young teenager during the earliest days of human civilization, but nothing before.
•During his remembered youth he became something of a local hero, known as the demigod dragon. Overtime this legend grew, from demigod to a god-king, with him rolling a large amount of land.
•Aethedon was not alone, other large monster shifters appeared, taking territory and kingdoms. He gained his scar from his first fight against a challenging monster shifter.
•While some of others remained distant from their worshippers, Aethedon would often wander his land as one of his people. He enjoyed living among them, but he always returned to his duties.
•The beings ruled for a long time, until a mysterious cataclysm happened, forcing them to go into stasis. They'd remain this state for a long time, while the world moved on, with the monster shifters passing from history into myth.
•Then in the modern era they began to awoke to the world that had forgotten them. Aethedon himself awoke, emerging from an underground cavern where he'd slept.
•He considered possibly stepping forward, trying to reclaim his old kingdom, but scouts quickly located him. Luckily one of the scouts had a language ability and was able to speak to him. So he was taken to the island and began his transition into his new life. He's been on Manta Carlos for six months.

•He is currently unemployed, with him currently living in a small apartment.

•His tattoos have elements of various very ancient cultures, with some of the symbols being from dead languages.
•June tenth is not his actual birthday, he isn't really sure when he came into being, but it's the date he chooses to celebrate it on.
•Full body human is official art of Gladiolus Amicitia from Final Fantasy XV: A New Empire, post icon is art of the same character from Final Fantasy XV, ICC icon fanart of the same character by FloraxDarkshines. Main kaiju image is official art of the Acidic Glavenus from Monster Hunter World: Iceborne, icon is fanart of it by kaithel.